Deck your family out in Chiefs gear and head to one (or all!) of the awesome photo ops to celebrate this historic week! 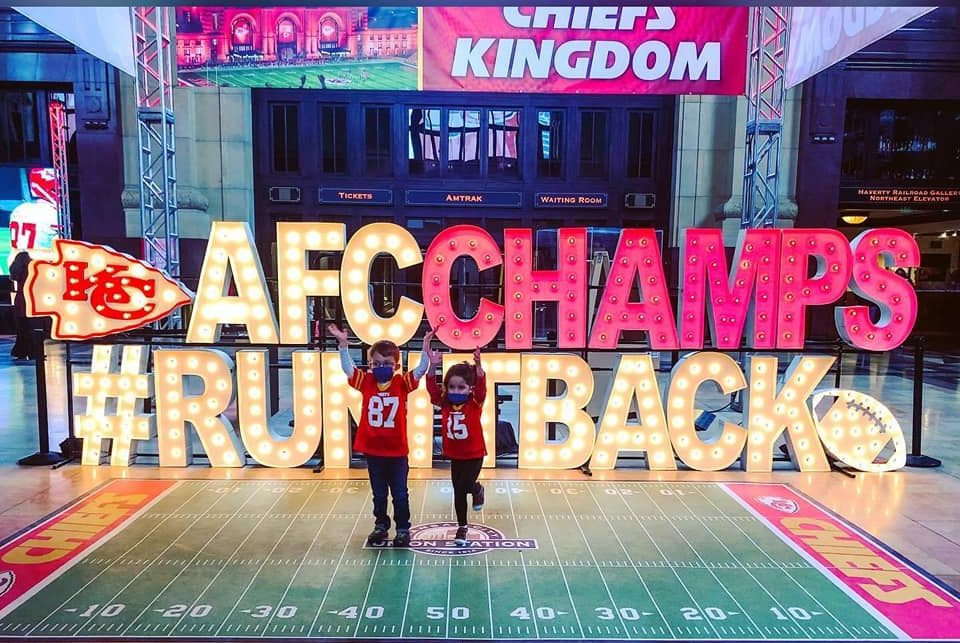 Not only does the building light up in red, the photo ops inside are plentiful inside and out! Outside you’ll find the T-Rex decked out in his Chiefs gear and large Run it Back banners. Inside, you can’t miss the monstrous Chiefs flag inside the main hall, the light up signs by Alpha-Lit, and Run It Back scenes. Be sure to find Bernie’s mittens for the most 2021 picture ever.

This area is great for an urban setting selfie as the red and yellow banners reading “City of Champions” fly in the background.

The downtown area has multiple new murals for your family to cheese it up with including one that features the Super Squad.

The massive building wrap display is up on the side of the T-Mobile Center! While you’re there, check out the hot pink Heart KC sign at the main entrance off Grand Avenue.

Celebrating the Chief’s super star players, this mural at 17th and Main is great for a family pose.

Head to the Liberty Memorial for an amazing view of the city at night. You’ve never seen so much red!

The iconic Love Kansas City mural at 423 Southwest Blvd., is great for all versions of Kansas City pride. It does feature a Chiefs football character currently!

This brand new art coordinates with all your red and yellow Chiefs gear and a “Go Chiefs” message.

At 18th and Locust, you’ll find a large Kingdom arrow and other Chiefs images. 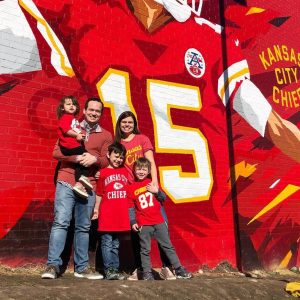 Last year, this mural appeared on the side of Westport Ale House at 4128 Broadway Blvd. Nobody is complaining about a larger-than-life Mahomes!

Another great spot for Chiefs flags flying in the background plus you’ll find some of the well known statues sporting their KC pride! 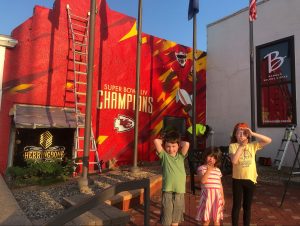 Check out the side of Herringbone in downtown OP at 7337 W. 80th Street.

The Run it Back mural features players in motion against a brick backdrop. Go to 5024 W. 119th St., Leawood, KS.

Head to the Hawk Ridge neighborhood for a Chiefs light display synchronized to music. 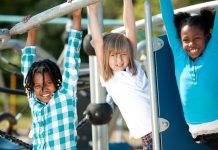 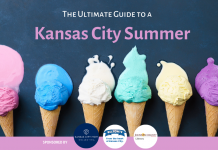 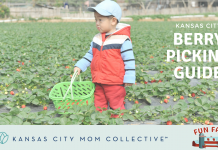