This birth story series is sponsored by HCA Midwest Health.

So, my babies all have big heads. And because my firstborn has a particularly large noggin, we headed down the road of induction when it seemed like our bouncing baby boy might weigh about nine pounds. Turns out, it was all in his head.

Let me back up a bit. A few weeks before Evan (we didn’t announce his name until after he was born, but it’s easier to tell the story this way) was born, I had a realization of sorts—I’m not sure if that’s the best word. For some reason, I got into a mindset that I would probably be having Evan via C-section. When I was about 37-weeks along, there wasn’t yet an indication that induction would be needed, so I really had no reason to adopt this frame of mind. I’m not even sure I did so consciously.

However, as my due date approached, I told my doctor my birth plan: “At any sign of trouble, just take him out.” That was it. As a lifelong planner (tie Enneagram 1 and 3 speaking), I had no real plan. I drew up no document. I adopted no expectations.

We went through a birthing class, and that’s where I ended up, “At any sign of trouble, just take him out.” 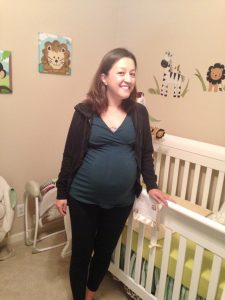 Once I got to nearly 39 weeks and Evan was measuring pretty large (I’m a very small person), we decided to schedule induction in hopes that I would be able to deliver him vaginally.

On November 5th, 2014, I went in to be induced. I labored for much of the day. I tolerated the pain because, admittedly, I was curious about how much it was actually going to hurt. I ended up getting an epidural not because of the contractions, but seriously because (TMI) the knuckles of my labor and delivery nurse during my cervical checks felt like daggers, so much worse than the contractions themselves.

My doctor was not on duty that day, but a physician from her group was with us all along the way. She and my nurse knew my plan, “At any sign of trouble, just take him out.”

Well, late in the evening, the physician on duty came in and said jokingly, “I don’t like your baby, I don’t like his heart rate, we’re gonna go in and get him.” Seeing this typed out, it sounds somewhat insensitive, but she said it in such away that we felt relief at her compassionate and humorous confidence. And, where I normally would have freaked out to such a change of course, I remember not being bothered by this change of plans since it was right in line with my un-birth plan.

So, they turned off my Pitocin and we waited. We waited because my actual doctor decided she wanted to come in and deliver Evan—a fun and special surprise. (My doctor has actually delivered all three of our babies, which I realize is rare.) They prepped me for surgery and turned my epidural to a spinal while we waited for her to arrive. 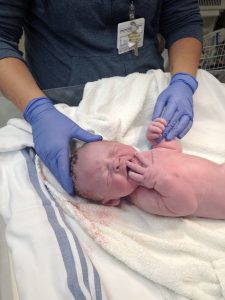 Remember my birth plan? How could you forget, “At any sign of trouble, just take him out.” Turns out, there was trouble. The first thing my doctor said when Evan was born and we’d heard his beautiful cries was, “No wonder he didn’t want to come out. His cord was wrapped around his neck three times.” Wait. WHAT?!

Turns out, had I been married to a more formal, more rigid birth plan, we may have waited longer in hopes of a vaginal delivery (because I’m super stubborn) and what was an unscheduled, uneventful, non-emergent c-section could have easily been a much more traumatic emergency.

It’s as though there was a birth plan for Evan all along.

As a side note, Evan didn’t end up weighing nine pounds. He was only 8lbs 1oz. His head, however, was and remains in the greater-than-the-99th-percentile category. So, in hindsight, I’m relieved (beyond his overall health and safety) that he was born via c-section because I don’t think I would have been able to get that beautiful head out any other way. 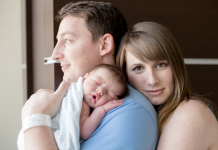 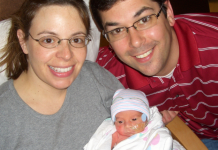