Margaritas and tacos paired with a group of your closest friends, served on a relaxing patio may be the little getaway every momma needs. Cinco de Mayo is quickly approaching, ladies, and all the self care you need may be at the bottom of a margarita pitcher. 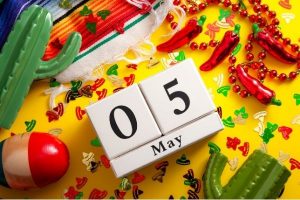 OK, now that I have your attention, let’s get serious for a bit. Have you ever pondered on the reason for a date that is widely known for its Spanish name? What is Cinco de Mayo? Yes, while it literally translates to the “Fifth of May,” it is not a random day that Americans chose to say in Spanish. It is a day when culturally insensitive comments are camouflaged by people claiming to be “celebrating” Mexicans. Many of us made a vow in the 2020 to be more inclusive and intentional when it comes to educating ourselves in ALL walks of life, and this Cinco de Mayo is a learning opportunity we can all appreciate.

Oh, and before I forget, contrary to popular belief, Cinco de Mayo is not Mexico’s Independence Day.

The true meaning of the Cinco de Mayo has more ties to Americans than most people know. In 1862, the French army marched toward Mexico City with the intent of establishing French rule in Mexico. The French army, one of the strongest in the world, was immediately challenged by a small and proud Mexican town who defeated the mighty French in the Battle of Puebla on May 5, 1862. In fact, Puebla is the only town in Mexico that celebrates the holiday.

So why isn’t this day celebrated in Mexico as much as it is in the USA? I’ll go ahead and say it­—please note that this is the Spanish teacher in me and not the proud Mexican woman in me—the only reason France showed up in Mexico was to collect a debt Mexico had already defaulted on. So, if that wasn’t embarrassing enough, we also lost the war and ended up under French rule for the next five years. You can see why Mexicans don’t gloat about the day.

OK, so why do Americans celebrate it? Remember when I said this took place in 1862…The United States was in a Civil War and adding the invasion of a foreign army would only make matters worse for an already stressed nation. Some could argue that Mexico’s ability to put up a good fight stalled and even blocked the French from moving further north.

Fast forward 150 years, and Cinco de Mayo has evolved into a holiday that supports Mexican heritage and culture, but only when done respectfully. Like most holidays, it has become so commercialized that it has taken away from the appreciation of Mexican communities and the huge cultural influences they have in society.

Whether you will celebrate Cinco de Mayo or not, we all share this world and need to put in the effort to learn more about others who live in it. I hope I have done my small part in encouraging you to spend the day authentically by supporting local Mexican restaurants, shopping at Mexican owned businesses, cooking real Mexican cuisine, listening to music by Mexican artist, or simply sharing the real history behind the date. 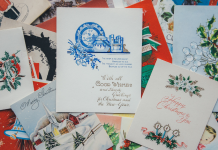 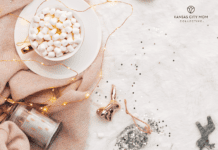 Ultimate Guide to The Holidays in Kansas City