This summer, an amazing and unexpected thing happened on what started off as an ordinary Friday. When I got out of bed, I had no idea the sense of accomplishment that was in store. As the morning unfolded, I barely allowed myself to entertain the thought, because I didn’t want to tempt fate. It didn’t actually seem real until I parked the car. A wave of calm relief washed over me as I unbuckled my seatbelt. We achieved what seemed nearly impossible: we arrived at our weekly music group on time. 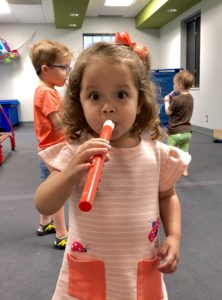 In fact, we got there about five minutes early. For probably the only time ever, my two-year-old, four-year-old, and I weren’t late — and by “late” I don’t mean running-in-just-as-it-starts, I mean half-past-fashionably late. On top of that, no one was crying, nothing was forgotten at home, and everyone went potty before we left the house. If I’m being totally honest, I thought a parade was in order.

That morning felt so good (did I mention the sun was shining and the birds were chirping?) because punctuality is an expectation, one my kids and I had exceeded with room to spare. But what about every other morning? Being on time is expected of us all, regardless of what’s happened to us earlier in the day, how hard we’re struggling to keep our heads above water, the traffic and toddler-related disasters we encounter en route, or well-intentioned overscheduling.

While I’m all about expectations, I’ve recently been thinking a lot about that perfect morning when we were early, sigh. It was a great feeling, but I’ve come to realize that expecting it of myself every day, for every commitment, would only leave me open to more anxiety. I don’t mean to make excuses for my tendency toward tardiness; trust me, I aspire to promptness even in my latest moments. But, despite my best intentions, I am ready to own a habit I’ve been trying to shake for a long, long time, a pattern that’s gotten worse since adding two kids to the mix. So here goes: I am chronically (sometimes unapologetically) late — and that’s ok.

The clock in my car is about seven minutes fast, my watch about three. I get that this doesn’t actually help, since I know both are ahead (and my cell phone always has the proper time), but I appreciate the imagined breathing room. This generous clock-setting drives my ever-punctual husband nuts, although not quite as nuts as my consistent last-minute pre-flight airport arrival. He likes to get to the airport about two hours early, 90 minutes minimum. When we travel together, we sort of split the difference. When I travel alone, he inevitably gets a panicked, often hysterical phone call where I tell him I’m probably going to miss my flight, which is soon followed by a much calmer phone call from my seat on the plane. Having never missed a flight, I have yet to learn my lesson. And, I have to say, the satisfaction of getting on a plane at the last possible second is kind of a thrill. 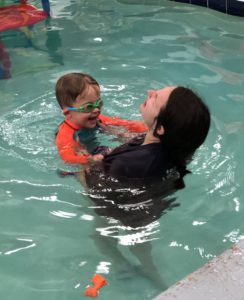 Some of my lateness is of my own doing, the result of a mismanaged schedule. What do you get when you underestimate your get-ready time, kid get-ready time, last-minute-potty time, and car-loading time? A speedy drive down 151st St. with the anxious hope that your kid will get at least 20 minutes of his 30 minute swim lesson…and possibly a speeding ticket. Or when you jam pack your morning with one too many errands or appointments? A series of “On my way” or “Going to be late” text messages and possibly a missed haircut.

That said, some of my tardies are out of my control. Last Tuesday, my daughter would have been on time for preschool, I swear, but right after I strapped her into her car seat (which is no easy feat these days), she urgently announced that she needed to “Go Potty!” I’ve made that gamble before and lost. Better safe instead of accident-in-the-car-seat sorry, I took her out and opted to be fifteen minutes late. I’ll take that walk of shame over a wet convertible car seat any day of the week.

The last month or so, however, I’ve noticed a shift. Instead of fighting at all costs to get somewhere on time, I’ve instead allowed myself the grace to be late. I am, of course, always aiming for a timely arrival at our destination, but once that possibility no longer exists, I’ve made a conscious effort not to worry about the inevitable. This approach has brought relief to my anxiety and less stress to my family.

Maybe one day I’ll be more perfectly punctual. Until then, I plan on embracing who I am right now, lateness and all. 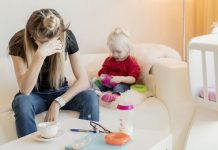 Managing Behavior Without Punishing Myself