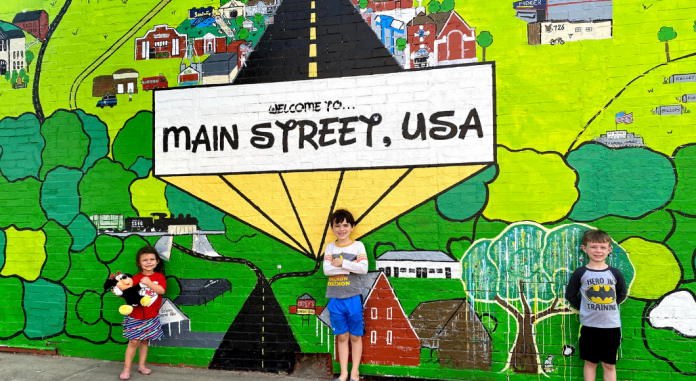 Just two hours east of Kansas City is a true Disney adventure — an afternoon exploring how the magic all began. It was here in Marceline, Mo., where Walt experienced so much inspiration that would eventually lead to Disney feature films and beloved characters.

As you drive into Marceline, you’ll immediately notice that the main drag, Main Street USA (yes, that’s it’s official name), mimics Main Street USA found in Disney theme parks. From the street lights, the benches and gazebo, it all feels so familiar if you’ve been to a Disney park.

Downtown Marceline has multiple stops for your afternoon as you explore the Disney brothers’ childhood. 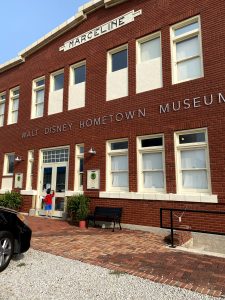 Established in 2001 to celebrate Walt’s 100th birthday, the two story museum features personal artifacts, family letters and early Disney memorabilia. It’s housed in a 1913 train depot, which is a marvel in itself. Short video stories tell the stories of Disney though local residents. The second floor includes a longer form documentary and a replica of the Disney back porch. A classroom model gives kids the opportunity to draw their favorite Disney character.

A model of the first Disney theme park shows the first inspiration for a park Walt originally wanted to build on his Marceline farm. It’s like you can see the first ideas that eventually became the Disney empire. Photo opportunities throughout make for some fun memories. Don’t forget to pick up a scavenger hunt for kids to stay engaged throughout your visit to be turned in for a prize at the small gift shop. 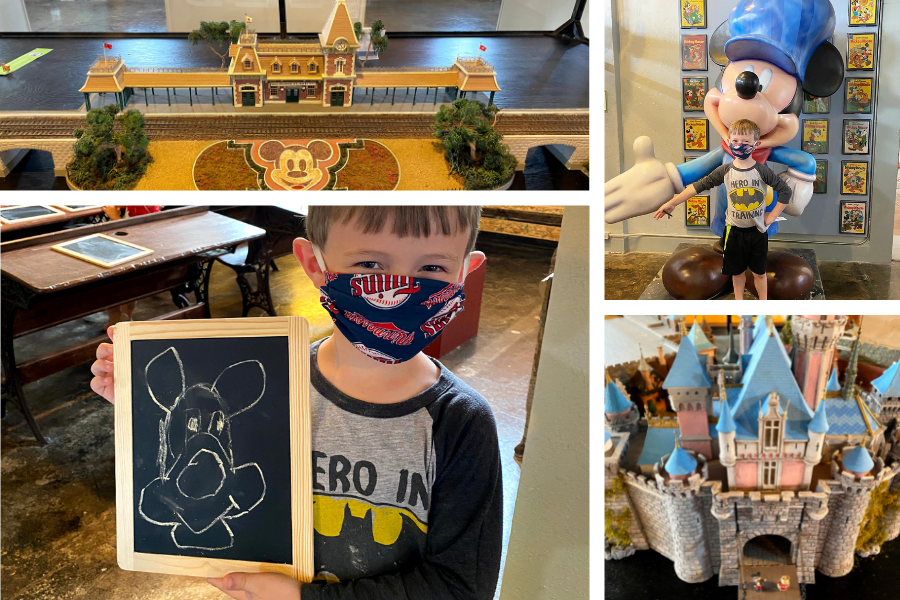 The museum is closed during the winter months and reopens March 1. Tickets are $10 for adults, $5 for kids and 6 and under are free. 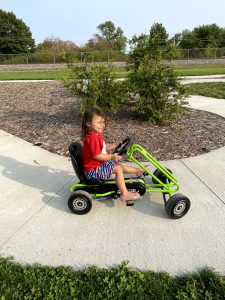 When the Midget Autopia closed in 1966 at Disneyland, the Disney brothers gifted the ride to Marceline. The cars eventually broke down (an original is on display in the museum) but a new track and cars have been constructed in the municipal park right next to the museum parking lot. Kids can drive pedal cars around a windy track to burn off some energy for free! 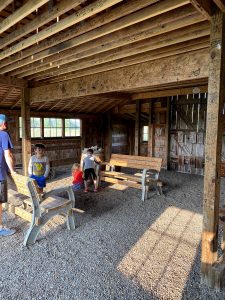 The Disney Family Home and Farm is on private property but guests are allowed to wander the farm grounds  from sunrise to sunset (the home is not open to the public). There are a few parking spots behind the home at the entrance to the farm. Follow the path of signs that capture some of Walt’s inspiration. You’ll make your way to the barn. The barn in Marceline was the scene for Walt’s first shows. He dressed some of his pets and farm animals in costumes and announced the “Disney Circus” to neighborhood kids charging 10 cents for admission. Make sure you bring a Sharpie and autograph the walls or beams of the barn where so many visitors before have done. 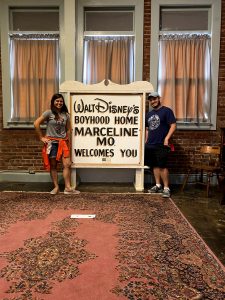 Next, make your way to the Wishing Tree where stories say that Walt spent many hours dreaming, even returning to Marceline and the tree for inspiration after he had moved away.

We brought food with us and ate in the park, which was a good choice considering everything seemed to be closed on Sundays. There are a few spots near the museum on Main Street USA for lunch for some small town charm as well as Goodcents Subs.

If you want to make your trip a bit longer, explore the other attractions along Missouri Highway 36, affectionally known as the American Genius Highway.

No matter how you plan your day, you’ll find a Marceline trip to be a fun, charming day trip for both limited driving and budget. It’ll be the cheapest Disney trip you ever take! 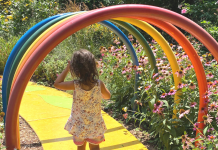 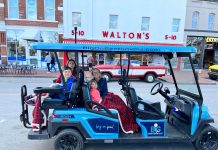 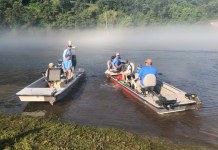 Tips for a Weekend Trip in Northwest Arkansas