There’s nothing better than throwing in the kitchen towel for the evening and taking the family out for a dinner at one of the many unforgettable restaurants in Kansas City. But after stuffing yourself and cramming a tower of squeaky Styrofoam leftover containers into the fridge, it’s hard to imagine coming back for round two.

No matter where we go to eat, we usually have at least a few leftovers to bring home—which, don’t get me wrong, I’m not complaining about. Leftovers are an easy and economical way to save time and money on meals the next day. But even if heating up leftovers makes logical sense, some of us are wired to want a little more variety than the same meal all week. And even if you could eat leftover pizza seven days a week (because that 100% sounds like my kind of meal prepping), it can be fun to take your favorite foods and make something new with them. If you’re ready to see your leftovers in a new way, here are a few delicious ways to reuse meals from iconic KC restaurants.

With giant, family-style bowls of mashed potatoes, green beans, and heaping piles of crispy fried chicken, Stroud’s is one of the easiest restaurants to collect a few leftovers from. While it doesn’t take a creative genius to come up with ideas to reuse the fried chicken (chicken and waffles for breakfast, anyone?), it’s Stroud’s famous cinnamon rolls that I’d been searching for a way to repurpose. The sweet, sticky buns are so good when they’re warm and fresh, but they lose a little bit of their magic after a night on the counter. Enter this bread pudding recipe: I am not exaggerating when I say this is the custardy, cubed, cinnamon carbs of the gods. 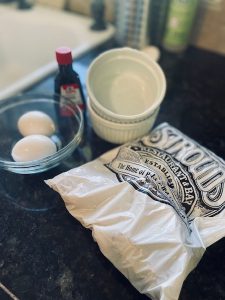 The beauty of Kansas City barbecue is that, no matter where you go, you’re guaranteed a good meal…and no matter what tender, flavorful cut of meat you order, you’re also guaranteed to have a good dinner the next day, especially with these barbecue quesadillas!

Once again, we can debate the best pizza in Kansas City all day, but with 18 locations across the metro, it’s clear KC loves Minsky’s. If you’ve stuffed yourself with all the cheesy goodness you can handle for one night, wake up the next morning and do it all again with this breakfast recipe my mom swears by. After all, if you can order breakfast pizza, why can’t you have pizza breakfast?

If there’s one thing Kansas Citians might take more seriously than their food, it’s game day. The best of both worlds come together at The Peanut, which claims to be the oldest bar and grill in the metro. Chiefs games get turned up to 11 with an order of The Peanut’s famous buffalo chicken wings, but if you’re like my husband and forget the absolute massive size of their wings, you’ll probably have some leftovers. No need to fear—bust out some ramekins for these individual buffalo chicken dip servings that even spice-adverse kids might appreciate for their cheesy, creamy deliciousness.

Even if it hasn’t been on the scene as long as other restaurants on this list, Hawaiian Bros has quickly become a much-loved KC staple. Their fast-casual traditional lunch plate options helped put them on the map in Kansas City—so much so that they’re now expanding nationally. We almost always have a little bit of everything left after eating at Hawaiian Bros thanks to their generous portion sizes, so that means I can plan on serving up some Hawaiian-inspired fried rice the next day. Just use whatever you have left (maybe hold on adding the mac salad…), and if you don’t have any leftover veggies, frozen veggies work just as well. 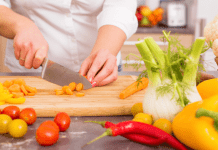 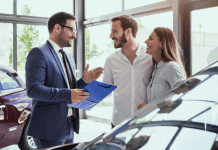 New Car, No Hassle! Mazuma Makes It Easy to Hit the Road in Style 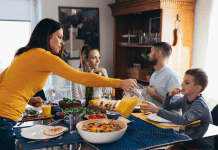