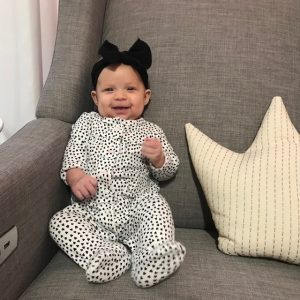 Olivia Grace came out a tiny 6-pound barracuda — eagerly hungry and knowing what she wanted despite never having breastfed before. We managed despite the clicking noises, constant spit ups, literal cut nipples, and her reluctance to settle comfortably to sleep.

I had many questions about what our issues could be and spent many a night researching possible solutions. I wondered if it was possible Olivia had a lip tie that needed to be revised. I brought this up to her pediatrician, and I was assured that she was eating and that ties were simply an overdiagnosed pediatric dental issue.

We made it five months before I could no longer ignore the voice telling me to get another opinion, so I had her evaluated somewhere else. I felt pretty guilty. I was just a sleep deprived, first-time mom. That evaluation saved us. Olivia did in fact have a pretty significant lip tie and buccal ties, causing her top lip to barely be able to have a finger graze her top gums because it was so tightly pulling her top lip down. The dentist and facial therapist were surprised she nursed so sufficiently for six months. After the correction, nursing was even easier. We had months of physical therapy and daily exercises to ensure it would not easily fuse back together. I told myself then that I just might be able to rely on myself a little bit more than I thought in this new phase of motherhood.

Shortly after this time, Olivia began eating solids while still nursing heavily. She didn’t seem to be having normal or frequent enough bowel movements. I brought up my concern to her pediatrician and was told it was normal for some breastfed babies to only poop once every (up to) 13 days! THIRTEEN DAYS?! If you are reading this with your mouth open in shock, you are not alone.

Olivia kept growing and eating more actual food. The infrequent bowel movements were not getting better and the pediatrician suggested I introduce apple juice. That didn’t help either. Laxative suppositories were suggested and uncomfortably performed to help her. Olivia kept eating/getting bigger and I kept bringing it up at every doctor visit. Eventually, her doctor suggested I start giving her MiraLAX because she clearly had chronic constipation, which was common.

Olivia was now over a year old. I wanted more answers for her constipation issues, not just a temporary bandage. I thought constipation meant hard and uncomfortable. This girl had never had a hard poop in her little life. I was assured this was all common/normal — just give her MiraLAX, and it would pass. Fast-forward to four months later, Olivia was 15 months and hadn’t pooped in a week. An urgent care visit led to an abdominal X-ray to confirm she was in fact constipated. 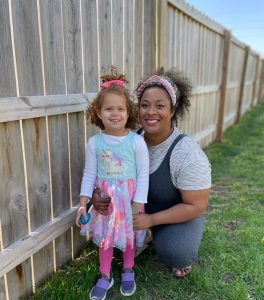 We were finally referred to Children’s Mercy Kansas City GI clinic. I felt like the clouds had broken and finally someone was listening to my persistent questions. Like the title of one of my favorite children’s book says, “Everybody Poops,” and that needed to include Olivia Grace.

Children’s Mercy GI was and has continued to be a godsend for us. The GI doctor took the time to explain to me about Olivia’s issues after going through several tests to rule out Crohn’s and celiac diseases. To put it simply, Olivia holds her poop in.

It likely started with one uncomfortable poop at some point in her life, and she learned that she could hold it in. The more she held, the longer her intestines would expand to allow her to hold it longer. I had no idea how common this was and that it could cause your intestines to stretch. The usage of MiraLAX was explained to me as being a softener that has to be mixed in a clear liquid and thoroughly stirred until it appears dissolved. Sometimes it isn’t enough to address holding tendencies like Olivia’s. We would also need to utilize something that forces her beyond her ability to hold it in — some kind of stimulant or a “pusher,” as our GI doctor calls it.

It has been a steady and slow process, with some pushback from my girl as she wants to flex her body autonomy. We own at least six books about going potty or poop. I am happy with the progress we have made. Potty training has also helped to a certain degree.

More than just the progress with her constipation, I am happy that I finally have learned to advocate for my child and find a doctor who listened to us.

The Division of Pediatric Gastroenterology (GI) at Children’s Mercy Kansas City is one of the largest in the U.S. Nationally recognized for providing excellent care for children with intestinal, liver, esophageal and nutritional disorders, children and teens with GI conditions benefit from our comprehensive, child-centered care. Our experienced  GI  team collaborates with others and incorporates the latest research to give every child the best possible  care  experience. 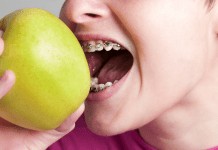 Foods to Eat (and Not) With Braces 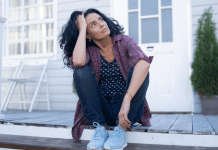 The Health Benefits of Dairy (Sponsored)