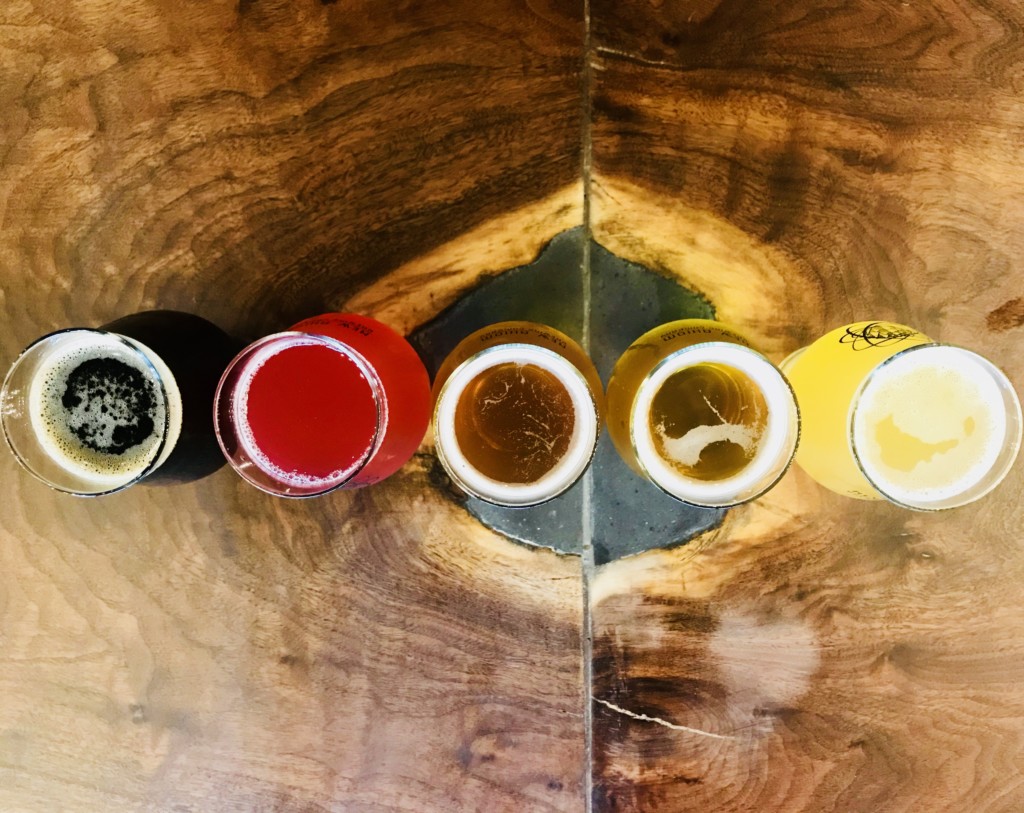 When we moved to Lee’s Summit in 2011, this place was a craft beer desert. Of course, my husband and I loved venturing into downtown Kansas City to explore Boulevard and the bevy of small breweries downtown, but we longed for some good local options close to home.

Thankfully, things have really changed for the better in recent years. Now, the ‘burbs are home to a burgeoning craft-beer scene, and I really like it.

Lee’s Summit and the surrounding area is now worth your drive from the city or nearby suburbs for a fall beer tour. Here are a few stops you won’t want to miss. 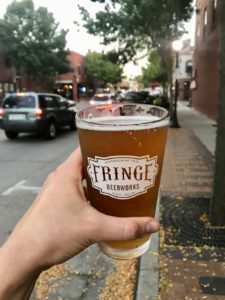 Fringe Beerworks opened in downtown Lee’s Summit in 2016. I like to grab street tacos from Frankie Farelane’s and carry them in to enjoy with Fringe founders’ flagship beer – the Freshly Squeezed Grapefruit Wheat. At any time, Fringe has five to 10 house-brewed beers and a curated selection of guest taps. This bar great for sitting with friends and playing games while enjoying a beer, or as a before-or-after-dinner drink stop. For dessert, the Madame X with Coffee, an American milk stout brewed with local coffee, is a great choice.

A taste of fall: Try the Honey Porter (commissioned for the Lee’s Summit Historic Society) or the Pumpkin Pie, your favorite Thanksgiving dessert in a glass.

Family-friendly? Fringe is an actual bar, so no kids allowed.

Grains & Taps in downtown Lee’s Summit is both a bar rotating a selection of 25 craft beers as well as a retail store carrying everything a person would need to brew his or her own beer at home. This autumn, Grains and Taps has been rotating a selection of Oktoberfest beers from local and German breweries. The store recently added a brewery to their building, and owners have plans to have their first house-made beers on tap in November.

A taste of fall: Pair an Oktoberfest with the house-made pumpkin dessert pizza, a crispy crust sauced with a pumpkin pie base and topped with streusel and drizzled with icing.

Family-friendly? Again, this is an actual bar, so leave the kids at home with a sitter.

Smoke Brewing Company, downtown Lee’s Summit’s brewery and gastropub, opened in March 2017. The onsite brewery features a 10-barrel brewing system which supplies the 12 Smoke beers on tap. Try the popular milk stout  and the Irish red, perfect for pairing with house-smoked meatloaf. The chef-driven menu at Smoke was developed with beer in mind, so ask your server for the perfect championship barbecue and drink pairing.

A taste of fall: Fest Oktoberfest.

Family-friendly? Yes. Co-owners Josh and Lanni Edwards helped found Smoke with the idea of creating a convivial local brew pub that features great beer and food yet isn’t too formal for enjoying a meal with their three children. 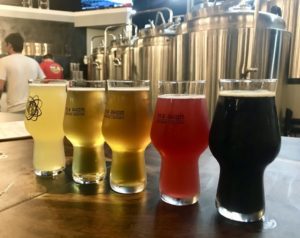 New Axiom Brewing Company, which opened in July 2018 is the new kid on the block, but a fast favorite. It’s tucked away just north of the Hyvee on Rice Road, with its patio overlooking the pond. With 14 beers on tap and a growth mindset to have 20 taps flowing at all times, I’m already anticipating good things from New Axiom. The most popular and re-brewed New Axiom beers have been Juan More, a Mexican lager, and Breakfast of Champions, a stout brewed with coffee, vanilla, oats and brown sugar. Everything else is new and experimental, a trend that brewers intend to continue.

A taste of fall at New Axiom: Try ‘A Fest in Oktober,’ a Vienna lager currently on tap, or the Pump-Cadian, a pumpkin kolsch.

Family-friendly? Yes. Patrons are welcome and encouraged to bring in food, dogs and kids. As a mom, I love that there are puzzles, coloring pages and a foosball table to entertain younger guests!

Crane Brewing founders interestingly went about their business in contrast to many other startup breweries. The brews of Crane founders Michael Crane, Randy Strange and Chris Meyers were so popular at home brew competitions and festivals that they began production and distribution in 2015, a year before their Raytown taproom opened. Crane now distributes to four states and features around 15 beers in their taproom as well as a nitro cold brew coffee. Tea Weiss is one of their most popular beers, and Crane Beet Weiss and Goosebery Gose pair well with fall and holiday meals.

A taste of fall: Be on the lookout for Cranberry Ginger Weiss and Apple Spice Gose, which are coming out soon. Also in the works is a test brown ale with yams, cinnamon and ginger.

Family-friendly? Yes. And Crane founders are excited about the Rock Island Corridor Bike Trail that is in construction and runs right through their parking lot. This trail connects the KC-area to the Katy trail, so cyclists can ride from St. Louis to Kansas City once it’s completed. The perfect pitstop for a (much shorter!) family bike ride, too.

East Forty Brewing Company is Blue Springs’ first and only brewery dedicated to bringing local, handcrafted quality beers to Eastern Jackson County. It’s the only brewery on this little tour I have yet to visit, but it sounds like a trip is in order. East Forty currently features 16 beers on tap as well as pizzas made on Farm to Market dough crust. I love their efforts to incorporate locally-sourced ingredients, such as the sausage from The Local Pig and a meat and cheese tray featuring Green Dirt Farm sheep milk cheeses. Right up my alley, East Forty!

A taste of fall: The Fall Down Brown is an easy-drinking brown ale with note of toffee, molasses and dried fruit. For a full-on autumn experience, try the maple spice version of the FDB, infused with maple syrup, cinnamon, nutmeg and ginger.

Family-friendly? Yes! Kids of all ages can enjoy board games, arcade games (including skee-ball) as well as cornhole and giant Jenga on the patio.

I hope you enjoyed a fall craft beer tour from my neighborhood! What’s your favorite fall seasonal beer or local craft brewery we all need to try? 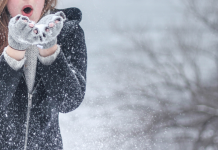 Surprise of the Season: How Winter Won’t Make me SAD 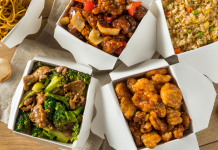 How to Take Advantage of Kansas City Restaurant Week 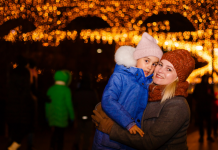 Top 5 Festive, Secular Events to Get You Jazzed for the Holidays in KC