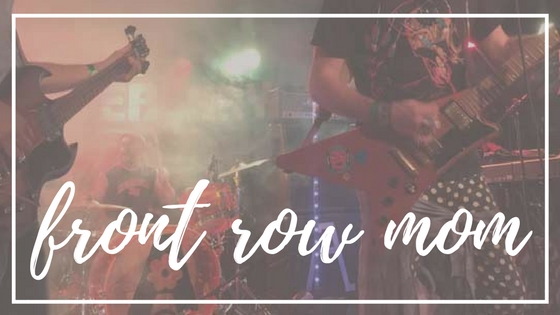 I don’t really have any hangups about aging. I’ve comfortably settled into the point in my life where I dread having plans to go almost anywhere. While I once turned down a car from my parents because it didn’t have a sunroof, I now happily drive an ugly minivan with a DVD player in place of a sunroof. I can spend hours browsing through The Container Store. My fancy garlic press might be my favorite thing I own. The only item on my Christmas list last year was a new handheld vacuum. I am perfectly content with all of these things that place me firmly in a category of “over 30,” and I wouldn’t have it any other way. But there are some things that give me pause. Things that I confidently enjoyed doing in my 20s that I stop to think, am I to old for this now? For me, these things almost exclusively involve concerts.

My husband and I met while working for our college radio station our freshman year. We bonded over our love of many of the same bands. We fully embraced the height of emo* together, a genre that I will defend to this day. And of course, we attended as many live shows as we were able, aided by the free tickets we received from the radio station. Pushing our way to the front row became routine, as did collecting guitar picks and set lists and waiting by the tour bus for autographs. I may have halfway crawled onstage to grab a set list and pulled down a mic stand to get the pics a few times… but I was 19 or 20 and that was semi-acceptable behavior at that age!

Things slowed down a bit, naturally, as we aged. Once the concerts weren’t free anymore, we were more discerning about what we attended. When we had kids, we had to start planning months in advance. But we kept going, more than any other thing we did with our rare child-free nights, to watch our favorite bands. We went often enough that I can’t even pinpoint when I started to feel self-conscious. I began to question if we should maybe hang back a bit, sit down even, or go up to the balcony. It wasn’t because our legs hurt from standing, but because I was beginning to notice the audiences getting younger and I felt a little out of place.

So we sat, back with the old people, where we complained about others standing in front of us, where on some horrific occasions the parents of young attendees sat. Sometimes we sat on the balcony, insisting that we were getting a good view and better sound. At one concert, I sat behind the grandmother of a local band-member. I stopped caring about setlists. And with no set lists to have autographed, I didn’t need to embarrass myself in front of bands that had somehow become younger than me. But, if I was honest with myself, I still wanted all of that.

When my husband groans about his graying hair, I tell him he only complains because he feels like he’s supposed to, but I was kind of doing the same thing. I don’t really feel too old for the front row. If anything, I’ve earned my place there. Once I became aware of being one of the older people, it was easy to assume that everyone else did too, but who cares? There’s no age limit. I can be obsessed with both my garlic press and with obtaining the Fleet Foxes’ setlist, even if the lead singer is several years younger than me.

I’m older, but I’m still not old. Hopefully getting even older means outgrowing youthful insecurities a little more. Not caring what people think should be one of the best things about aging. So I’m reclaiming my spot in the front row. Only now, I have enough experience that I don’t need to shove to get there. I’ve also got the timing down so that I don’t have to crawl onstage to get setlists anymore, though I can’t guarantee I wouldn’t do it if need be. My husband and I have sworn off balconies and seats in the back until our legs give out. And when I’m front and center, raising my phone to take a picture, and a text comes in that’s the equivalent of a neon sign saying “MOM RIGHT HERE!!!,” I won’t sweat it. 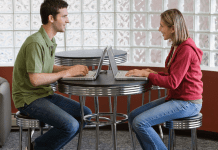 All Together Now: Working from Home with Your Spouse 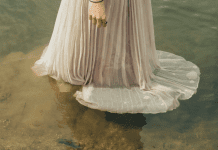 Will My Marriage Survive the Coronavirus? 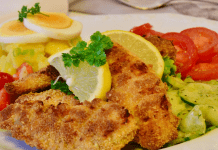 The Air Fryer Saved My Marriage