Less than six months after the closing ceremony in Tokyo, the 2022 Winter Games in Bejing are set to commence in just a few short days! It is the first time in more than three decades the two events will take place less than a year apart.

This worldwide competition is always a favorite viewing event in our household. It’s wholesome, family friendly and transcends the ages as we all cheer on our fellow Americans and marvel at their talents. Not to mention, while COVID continues to rage, if I can find a reason to ignore the often blustery Midwest weather of February, snuggle up next to fire in the safety of my own home, then the Winter Games might be the reprieve from the melancholy we all need.

The motto for this year’s Games is Together for a Shared Future. It represents the power of the Games to overcome global challenges as a community, with a shared future for humankind. How poetic. Perhaps the patriotism we all feel watching our top American athletes compete for their country, will inspire us all to be more empathetic to one another, work together to end this never-ending nightmare and come together for the nation we all hold dear. 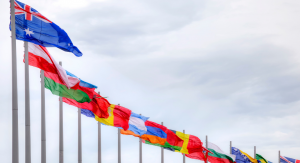 Competition is set to begin following the opening ceremony on February 4 (6:30 a.m.), with a few preliminary events taking place beginning the 2nd. The Paralympics will take place March 4-13, in Beijing, with athletes competing in 78 different events across six sports. For a complete and detailed schedule, head to this link.

Spectators are extremely limited for this year’s games due to COVID-19 protocols. Public ticket sales have been eliminated, foreign visitors banned and Chinese government officials are distributing a very small number of tickets to select groups of their choosing. A closed loop has been built for athletes to prevent the spread of the virus. Athletes are to be tested daily and will be living in a very controlled environment, in hopes to keep all participants healthy as well as the people of Beijing.

What’s new this year at the Winter Games? There are seven new events, including men’s and women’s big-air freestyle and women’s monobob, which is a single bobsled. Additional events to make their debut include: mixed team competitions in freestyle skiing aerials, ski jumping and snowboard cross and mixed relay in short-track speedskating.

United States, Australia, Britain, Canada, Denmark and the Netherlands have announced diplomatic boycotts of the Games. This means government officials from those countries will not be in attendance, but athletes are still permitted to compete if they so choose. The reason for the boycotts? Grave concern in regards to the genocide and crimes against humanity in Xinjiang, China, is cited as their primary motivation for taking a stand.

The US is never lacking in talent when it comes to those who represent our country at the Olympic Games. 2022 will be no different! This is just a sampling of the hard-working, awe inspiring athletes who you will want to make sure to tune in and watch.

Mikaela Shiffrin is poised to medal in five events, after winning in both the 2014 and 2018 Games in slalom skiing. The five events in which she is competing are very technical and difficult in their own right, so to possibly medal in all of them would be a marvel and historic feat.

Mariah Bell, considered old for her sport, made the women’s figure skating team. She is the first person over the age of 25 to compete for the US in the sport since 1928.

*Excuse me while I cry in to my coffee and ice my back injury (from sleeping) at the geriatric age of 39.

Erin Jackson will be making her second Olympic appearance in speed skating after Team USA teammate and friend, Brittany Bowe gave up her spot. Jackson recently won the speed skating World Cup, becoming the first Black woman to do so in the sport’s history.

Paralympic snowboarder Mike Schultz is returning to try and add to his medal collection, after receiving a gold and silver in snowboardcross and banked slalom in 2018.

Nathan Chen is favored to win in men’s single skate. After coming up short in 2018, he won 14 straight international events, proving he is one to bet on.

Elana Meyers Taylor is favored to win gold on the monobob, one of the seven new events. She’s a mom to a two-year-old son, and one of the most decorated women in US Winter Olympics! An all around amazing athlete, she took up the sport after striking out competing for a place on the women’s softball Olympic team.

Chloe Kim is one to watch for halfpipe snowboarding. After winning her first gold at 17, taking two years off to study at Princeton, she is back to compete again. She recently shared her mental health struggles stemming from the pressure and scrutiny surrounding Olympic athletes, proving she’s not only brave in her sport but also as an advocate for young people around the globe.

Shaun White will be competing for the fifth time, and has publicly stated this will be his final time on the big stage as a snowboarder.

The US Women’s Hockey team is back to defend their previous gold medal. Their roster is said to be an all-star lineup, proving them a must-watch, especially if they end up meeting rival Canada in the finals.

Looks like no matter what the world has in store for us, whether it be a raging virus or a bomb cyclone snow storm, we can still look forward to retreating to our living rooms for some robust television entertainment! 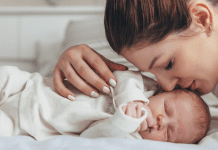 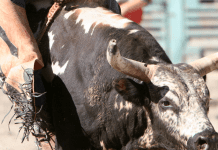