I took a picture of my four-year-old throwing a major tantrum recently. We were in a donut shop with her big sister while her brother and dad were getting haircuts. I thought we’d have a fun, laid back ladies morning outing. My girls fight a lot, but it’s usually nothing that a sugar-packed breakfast can’t overcome. They chose their donuts, I proceeded to the register, and then the sweet, well-meaning employee asked if we wanted anything to drink.

I inadvertently shot her a glance that perfectly conveyed my panic and horror. She understood and smiled apologetically. But it was too late.

“I want a Sprite!” my four-year-old, always listening and never failing to recognize the logo of a thing I don’t like her to have, shouted immediately.

“Not today,” I responded, well-versed in the tantrum-averting tactic of saying no without saying “no.”

But, at four years old and no longer fooled by all my best mom tricks, she wasn’t having it. She melted down. And I mean MELTED. DOWN. Dramatically collapsing into a puddle of tears right in the middle of the shop. At least her screams prevented other people from tripping over her. I brought our donuts and milk to a table and went back to grab her. Optimistically thinking I might be able to salvage the situation, I tried to calmly explain that kids need milk to grow. That the combination of donuts and Sprite creates instant cavities. That drinking soda makes donuts taste bad. That the girl had made a mistake because, as everyone knows, soda machines aren’t even turned on until lunch time (a story that I think all of us parents should agree right now to stick with).

Nothing. So, I did what any rational parent in 2019 would do. I snapped a picture and promptly posted to Instagram.

Because we can’t go back to @thetoystorelawrence today. 😭🚂🚒🏎🚛😭

We live in a totally different world from the one we grew up in. We are among the parenting pioneers of the social media age, and with that comes the sometimes tricky decisions that those before us didn’t have to face. Some parents choose not to share any photos publicly; others argue that posting photos of their kids for the sake of comedy is a form of “shaming” (a word that has been stretched to the point of meaninglessness).

While I have not personally been accused of such a thing, I have seen others attacked for the same type of photos. It has given me brief pause over the ethics of sharing tantrum photos, but in the end, I think a lot of the complaints are based on unfair assumptions.

Why would anyone share a photo of their child in distress? BECAUSE SOMETIMES IT’S FUNNY! Sometimes the distress is over new Paw Patrol shoes or because they asked for a red cup and recognized that you gave them a clean, new red cup instead of the filthy red cup with weeks old milk that they had just found under the couch. Because, even when we know a child’s ridiculous distress is still valid, it doesn’t make it any less funny. Because sometimes if we couldn’t laugh about it, we’d cry. Because other parents should see these imperfect moments and know that they can laugh about them, too. And, of course, because the photo doesn’t tell the whole story.

Here’s my kid, screaming because I wouldn’t let her have Sprite to wash down her sprinkled donut at 10 a.m. I had tried and failed to calm her down. I gave her a hug, and she kicked me. So I took a photo “to show Daddy how our morning was going,” which I did, shortly after posting to Instagram! And then, out of respect for the other patrons, we left. She calmed down in the car, of course, and she even laughed at the photo with me later. 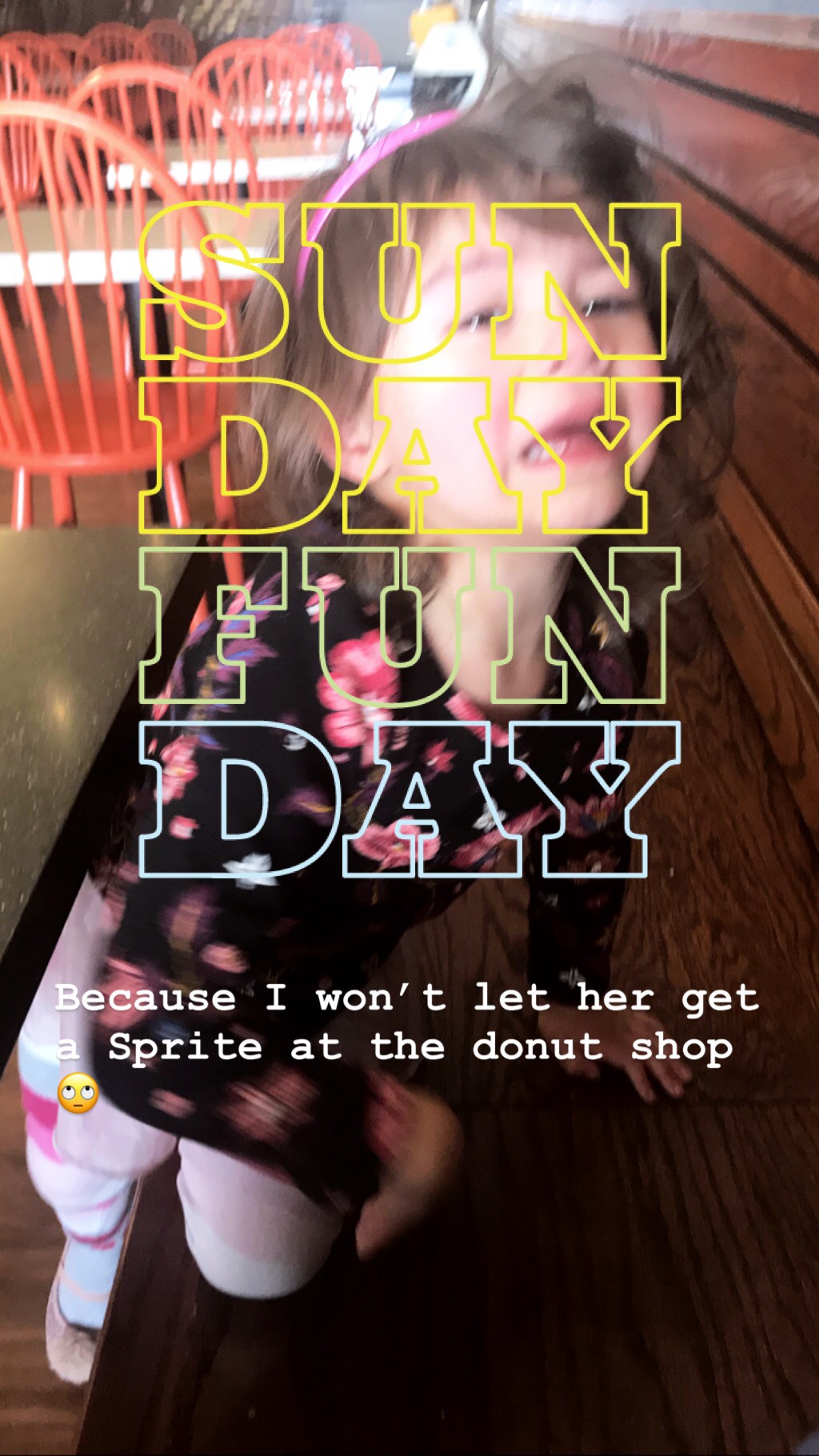 I love tantrum photos. The more monstrous, the better! Let’s just agree to give each other the benefit of the doubt, and not assume that we were pointing at our kids and laughing while telling them we were taking photos to make fun of them on the internet, without consoling them. And let’s raise kids who can laugh at themselves later, when they find out we did post it on the internet, but in good fun.

Now, show me all your best tantrum shots! 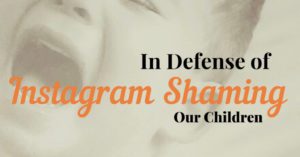