Merriam-Webster added 520 new words or expanded definitions to the dictionary in January 2021, some of which are signs of progress like “Second Gentleman” and others that mark the ways we are forever changed by the pandemic like “long hauler.” How often do you think about the words we use every day? I never gave it second thought until I had a small human who hilariously and sometimes brilliantly started re-imagining the English language.

Every day with my daughter is a new word adventure as she teaches us more thoughtful ways name things and how weird the English language is when you stop think about it. Butterflies will forever be colorflies in our family and I hope she never outgrows her dramatic, “I’M LOSING MY GRIT” as she tries to hold on the monkey bars. And there will always be a place in our collective hearts for the adorable rainbrella, jump-a-lines, and new for 2020, hanitizer.

I try to capture these gems in the moment, adding them to a never-ending note on my phone, but I wish there was a social app that did nothing but post funny kid sayings. Something like an online Kidtionary where you can post and share all the funny things real-time. Hey all you app developers, get on this!

Here’s a list of genius kid words crowdsourced from some of my parent friends:

: AKA Memories // “I have so many good rememberies from the beach in Florida!”

: AKA Question Mark // “Can you help me write a mystery at the end of this sentence?”

: AKA Apple Juice // “I like orange soup, but apple soup is my favorite!”

: AKA Mosquito // “I was playing outside and now I have a bunch of suckito bites.”

: AKA Yesterday, Last Week, etc. // “I don’t want to take another bath, I took one lasterday.”

: AKA Morning Eye Crusties // “Why do I always have eye seeds when I wake up?”

How are kids so clever and perceptive and FUNNY??? I mean, seriously, this is just the tip of the iceberg of cuteness. I could go on and on but there’s a certain kiddo that needs me to get her some “ellipse crackers” for a snack. You might know them as Belvita Breakfast Biscuits, but ever since she learned her shapes, they have been ellipse crackers in this house. I personally could go for some tube cheese (string cheese) or a shell bread (croissant).

I treasure these silly moments in time knowing each day she is a little closer to being a big kid and then, God help us all, a tween. At that point, the tables will turn and she can roll her eyes at all my attempts to use her slang. It’s the circle of parenting life.

We’d love to hear your favorite kid words, comment below and maybe we can start that Kidtionary after all! 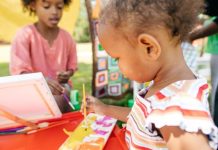 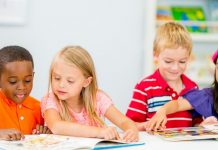 To Kindergarten or Not? That is the Question. 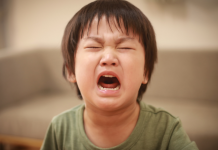