When I was a child, I was terrified of snakes, and honestly anything in the animal world that wasn’t furry and soft to the touch. I remember standing outside the reptile house at the Los Angeles Zoo sobbing as my teacher tried to coax me inside.

I would root for King Kong to defeat Godzilla because, HELLO, a huge reptile is so much worse than a giant mammal. All my nightmares well into adulthood included cold-blooded beings.

My oldest child started pet-sitting around the age of 11. They quickly fell in love with a client named Kai, and another named Tangie, both bearded dragons. While my youngest daughter was asking for a sweet kitten, my other child wanted, a cold-blooded killer. It really didn’t matter to me that a beardie (as they are affectionately called) had four feet and didn’t slither or squeeze the life out of their dinner. No fur, no way.

Our family’s first experience with a pet dragon ended with, “You need to come inside and find your pet,” to my child when we came home from a night at the theatre.

We’d only had the little guy a week (he hadn’t even been named), when our always curious feline, Andy, decided to observe our new family member from the top of his enclosure. Not one to ever miss a meal, Andy’s weight was too much for the top screen and he fell through, broke the glass, and likely tried to save us from the reptilian threat that had invaded our home.

The bearded dragon was missing for a week before we found him, during a tornado warning, sadly deceased, in a storage container he’d escaped into for protection. 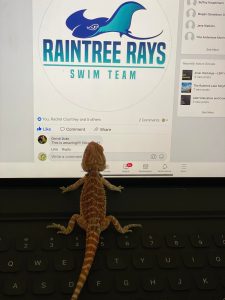 After spending a significant amount of time reading and learning more about bearded dragons from FaceBook groups, we decided it was time to let our kid have another lizard. This time, we special-ordered a much larger enclosure that would last into adulthood.

While it was significantly more expensive than the “starter” set-up we’d purchased originally, it’s been well worth it as it’s durable, easier to clean, and has plenty of room for a growing dragon. Once we had a new home set up, we were ready to find our new family member.

This time, we skipped the pet shop where dragons are often housed together (they are solitary animals who are very territorial and can turn on even a sibling they have lived with their entire life).

Most of the dragons in big box pet stores are often very young, small, often not kept in the proper environments, or fed properly. Young dragons also require a significant amount of live bugs in their diet) yet one more reason for hesitation fueled by childhood fears). 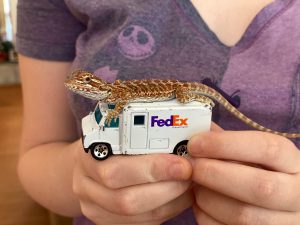 We spent time researching hobbyists who were experts and breeders of bearded dragons. Our dragon, StormFly came from a breeder in Arizona via FedEx. He’s been healthy, active, and, dare I say, lovable from the beginning.

Even though they are solitary creatures, they will bond with their human family if handled and cared for properly. Many learn their name, family voices, and daily routines. As they grow, they do require a significant amount of space in the home. Optimum space is a 120-gallon enclosure.

Lots of beardie enthusiasts actually build their own enclosures, or modify their beardie’s space to match their own personal style. There are entire Instagram and TikTok accounts dedicated to these fun family members.

One thing you will find, lots of parents start out with a beardie for their kid and next thing you know, enclosures stacked three high and Mom’s beardie is dressed better than a French poodle and posing for pictures on its own custom couch. StormFly doesn’t have a dedicated closet or custom furniture yet, but give me … I mean, my kid … time. 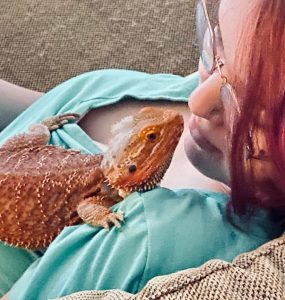 Bearded dragons are not a small commitment. They generally live 15-18 years and do require a veterinarian that is trained in exotic pets, which can be difficult to find, and tend to be a bit more expensive than traditional vets. Before you or your kids get any pet, do your research. As long as you have an idea of what is expected, expenses, and commitment, there is no reason you, too, can’t love a pet with scales.

No. 1 lesson repeated again as a mom, never say never, even when it means overcoming childhood fears and living with a mini-monster who will quickly steal your heart. 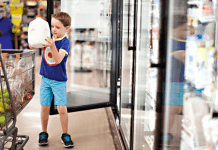 4 Things to Know About Dairy 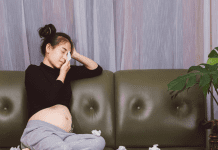 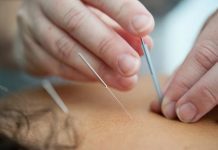 A Look Into Acupuncture