There’s been a lot of different stages in my life, and yours.

Twenty years ago, I was at a western nightclub called Cowboys 2000, embarrassingly enough. I was witnessing a wet T-shirt contest, which was essentially a wet boob contest. I didn’t realize just how much I would see, but I stared at it like a car wreck. Startled at a voice beside me, I turned to see a cowboy standing very close.

“Why don’t you go up there?” he slurred.

“I don’t know. Dignity? Self-respect?” I could have gone on…but my cowboy moseyed off.

I was young, being told conflicting messages about serving up a sexy persona or looking pure and modest. I knew guys liked sexy women. I also knew I would be judged for being sexy. What does a young woman do? A young, insecure woman at that.

Fast forward 17 years later. I had two little children, a great job, and was invited to a professional but pleasurable mixer. I had not had a night away for quite awhile but could only commit a couple hours to the soirée. I was still pumped even if I could only be a social adult for a limited time. I put on a deep green top with an even deeper plunged neckline.

I had a great time, but afterward, my colleague told me her boyfriend made the comment, “She doesn’t seem like a mom.”

Come again? How didn’t I seem like a mom? Am I supposed to only talk about pacifiers? Was I supposed to tote them around in a baby carrier to the party? Was it simply my shirt? Am I overthinking this?

Through the different phases of life, I’ve had different urges: Look at me. Don’t look at me. Hope I get some. Don’t even think about coming near my breasts, they’re for the baby.

The thing I forgot during some of those times was that they were mine and I had ownership of what I wanted. It didn’t matter and still doesn’t matter what people think about how I carry myself, what I wear, my parental status, and my sexual wants and needs.

Let’s explore a Hollywood case study. In 2017, Jenna Dewan took to Instagram in a body suit and over-the-knee boots. What happened next was a tremendous amount of judgey comments. “Unfollowing.” “What kind of example are you setting for your daughter?” As the article mentions, she was married to Channing Tatum at the time, and I’m pretty sure many of us are familiar with his *ahem* artistic expression in the Magic Mike franchise, but no one asked those same questions of him.

What kind of example is she setting for her daughter (or son)? Does she GASP…like sex?? Does she like to feel sexy sometimes out of the blue? Does she want to wear whatever the frick she wants, when she wants?

I grew up with conservative surroundings, but I began to toss around a lot of different observations as a young adult. I looked at other cultures. Like in France, where sex didn’t seem taboo, it seemed to be celebrated. An outcome of this freedom when a culture isn’t perplexed or divided on whether a woman should be modest or sensual is well…freedom.

We’ve been told a lot of different messages as we have gotten to this point of motherhood. So let’s dial in. Who are you and what are you comfortable with? What do you think is the absolute most sexy thing about you? When did you feel sexiest before kids and most provocative after?

A sexually confident mother is a judged mother. So, let them judge. I have no judgement over myself anymore or any parent and their decisions which are uniquely theirs alone. We will say how we want to dress, what we like and don’t like, and what we expect in the bedroom. We are not just mothers; we are our own people with thoughts and fantasies galore.

*Disclaimer: This article is speaking from my persona and perception alone. I fully support being asexual, modest, or whatever floats your boat. I am speaking up for openness because of personal experience only and to support those who have gone through similar frustrations with societal norms.

A special thank you to my dear friend and photographer from Missouri, Liz Atchley. She has always made mothers and all women feel sexy and beautiful. Thank you and your tremendous models for gorgeous works of what women are. 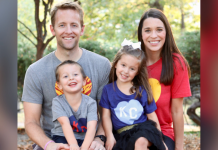 A Cure for Charlie 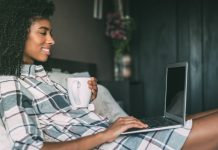 Self Care: Reclaiming My Me-Time in 2021 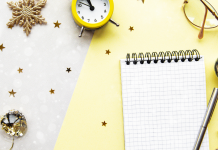