You can’t take my joy, COVID.

Despite getting the vaccines and boosters (thank you, science) we were waiting for, there’s still so much we’re all not doing this Christmas But I’m not going to dwell on that. I’m going to focus on being happy with what I am blessed with — my family and our health — and on the little holiday traditions we’re keeping this year.

The real Santa is Black. Just ask my son. When I was a kid and saw white Santas at the mall, I asked my dad if Santa was white or Black because I’d seen so many pictures of Black Santas. 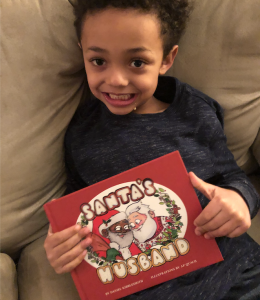 And then I found the book “Santa’s Husband” by Daniel Kibblesmith. It is a liberal’s dream. It talks about unions and global warming, but the main story is, the real Santa is Black and his husband helps him out a lot and he’s white.

Sometimes, people mistake Santa’s husband for Santa, but they both just go along with it. My son often asks me, “Do my friends know about the real Santa?” I just say, “Not everybody knows. It’s our secret.” The best part is Santa’s husband’s name is David. Just like my husband. Fitting. 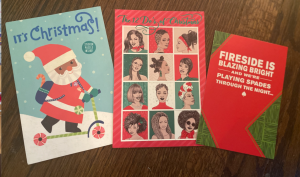 One of the best jobs I ever had was working on Hallmark’s Mahogany card line. I worked on this super cute Black Santa card that we’ve given to friends (it has a sticker puzzle, too!), a 12 Do’s of Christmas card, and I was pumped two years ago when we got the chance to create boxed cards for Target. You don’t have to be Black to send and appreciate Mahogany cards. They are conversational and real, so they have wide appeal. They celebrate a beautiful culture and a shared experience, and that’s why I loved them, even before I worked at Hallmark.

I often don’t make time to send Christmas cards. The season gets so busy and full with everything else, but since COVID hit, I’ve been trying to send a lot more cards to connect with people. So this year, I will be sending out Mahogany Christmas cards. They may be a little late though.

When I first moved to KC, my friend and co-worker Kesha invited me to her annual Christmas party. I ended up going every year after that, I think. There was always lots of laughter, food, games, and we trimmed her tree. The part I remember most, though, was the music.

That first holiday party was where I heard and fell in love with “A Motown Christmas” and if you haven’t heard it, you’re missing out. Stevie Wonder is my favorite, but it also has the Supremes, Smokey Robinson, the Temptations … it’s just my ultimate Christmas jam. 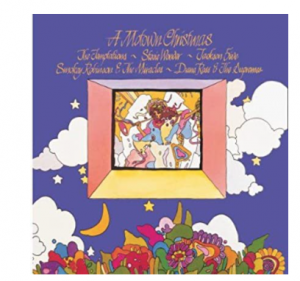 “You can’t NOT feel joyful when you listen to the Temptations sing ‘Silent Night,'” my friend Dee said recently, and that’s my thought exactly. I have to add though, that my all-time favorite Christmas song is Donny Hathaway’s “This Christmas.” I put it on a Hallmark card. For me, it’s the quintessential Black Christmas song.

Most parents have probably read “The Snowy Day” by Ezra Jack Keats. But have you seen the 2016 movie on Prime Video? It features the voices of Laurence Fishburne, Angela Bassett, and Regina King, among others. It’s very sweet and follows Peter on a busy Christmas Eve day.

In some places, it directly quotes the book, but in other places, it’s richer. The movie talks a lot about different cultures and foods, and it also talks about dealing with disappointment, which is an important lesson for our kiddos at all times, but especially this year. 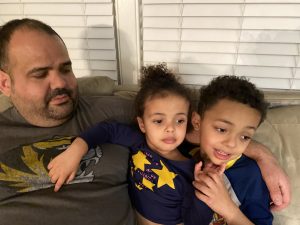 The first year it came out, my son was too little to enjoy it, but we’ve watched it most years since. It’s a short movie, 38 minutes, and in 2020, my now 3-year-old daughter fell in love with it, too.

In “The Snowy Day,” Peter says his nana’s macaroni and cheese tastes like love on a cold winter’s day. The dish plays a pretty big role in the movie, for good reason.

Macaroni and cheese is essential to Christmas dinner. Real, from scratch, not boxed. No breadcrumbs on top. I use different kinds of cheese, plus butter, milk, salt, and pepper. I have to have it, and so does the rest of my little family. Now I actually don’t mind macaroni and cheese made from scratch on the stovetop (I know some of you would fight me on that), but everyone else prefers baked, so that’s what we’ll do. My sister will make it because, I won’t lie, hers is better than mine. Most of the time.

Sometimes — and especially during the trash fire that is the pandemic — you have to work hard to find happiness. I look for the little things to get me through. When I’m snuggling on the couch with my kiddos watching Peter, or singing Stevie’s “Ava Maria” to my daughter, or reading a Christmas book for the 100th time, I feel a little lighter. And that’s all I need at Christmas. 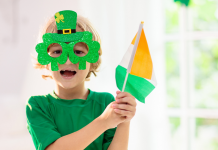 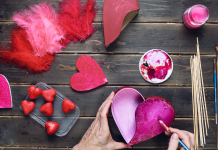 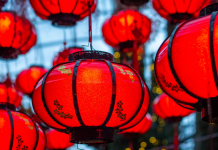