In the past three months, my mom was admitted to the ER three times (in-patient once), my son celebrated his eighth birthday, and my grandmother passed away. One of my girlfriends has two kids under the age of 10 and a father with early-stage dementia who lives in another state. Another has a daughter in pre-k and her father is also in another state, dealing with a failing liver. A third has two children under 10 and both of her parents are (thankfully relatively healthy) octogenarians. This is life in the Sandwich Generation – caring for your own young children while also caring for your aging parents. It’s a weird juxtaposition and, quite honestly, I’m not ready. 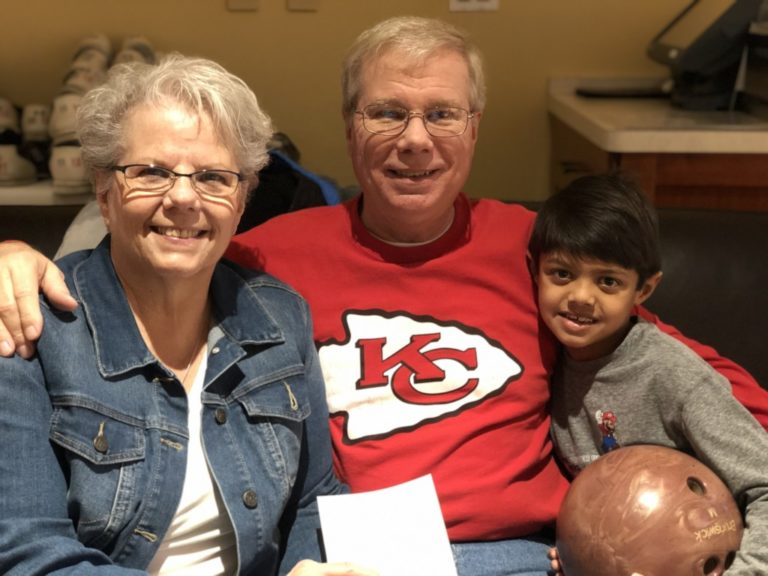 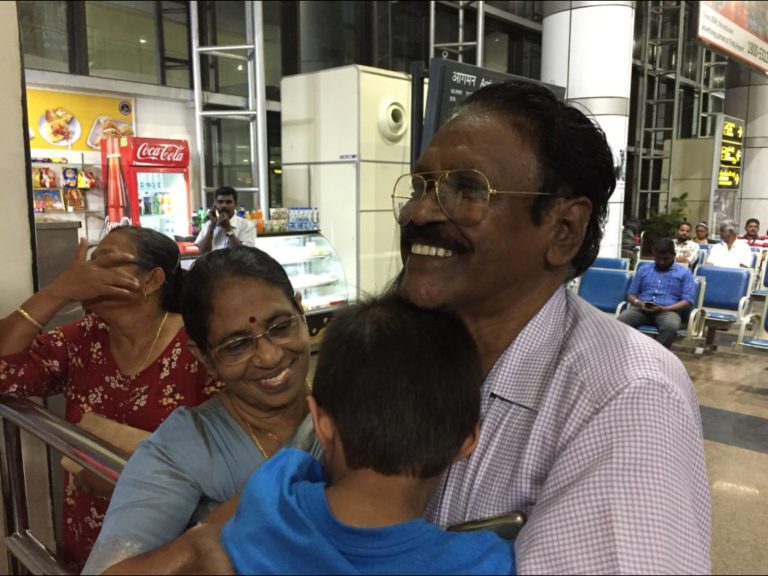 When my husband and I first started talking about getting married, we were in the middle of a financial race to pay off our debt. We wanted to start fresh, without some of the financial albatrosses around our necks that had been plaguing us for years as young adults. Part of our discussions during that time included thinking ahead to our family dynamics and sibling relationships, wondering how the care of our parents would pan out in the coming decades. I’m so glad we had those conversations because I feel like we have been mentally, emotionally and financially preparing ourselves for these years for a long time.

In addition to the expected challenges of caring for two generations of family, our situation includes the additional twist of caring for my husband’s parents who live half a world away. My mother-in-law was hospitalized for a couple of weeks last year and it was difficult to understand what was happening, what tests were being performed and why, and just generally navigating the healthcare system in India that is vastly different from the US system to which we are accustomed. Thankfully my father-in-law is very capable and handled her care beautifully. I’m happy to report that my Energizer bunny of a mother-in-law is back to normal, keeping an immaculately clean house, cooking delicious dishes, caring for my father-in-law and her own almost-90-year-old mother, and making delicious tea and coffee every morning and afternoon.

I would be remiss if I didn’t mention that my parents and in-laws are Sandwich Generation folks themselves. Until a few weeks ago, both my maternal and paternal grandmothers were still living. My mom and dad are very involved in the care of my maternal grandmother and will continue to do all they can to help her maintain her independence as long as it’s possible. My parents have also been and continue to be integral to the care of my son, niece and nephews. And my in-laws, despite living in another country, are very invested in the daily lives of their grandchildren while continuing to care for my husband’s aforementioned very independent grandmother. It’s a balance for all of us.

As we collectively continue to age, continue to have children later in life, continue to have parents who are living longer and longer (what a blessing!), I wonder how we can do an even better job preparing our families for this certain future of caring for multiple generations. All families are so different, but for us, the best things we have done are:

1. Participate in and foster a parenting village.

We have a wonderfully supportive and cooperative village of family and friends who all share childcare and carpool duties. Yesterday while in the pick-up line after school, I realized that my Wednesday 4 p.m. meeting was actually on Tuesday. CRAP. I hastily texted my friend and basically told her I was dropping my son off at her house for 45 minutes before I came back to pick him up for his piano class and it was no big thing. Just today, I had one mama friend’s kiddo at 7:40 a.m. and took her to school with us, and I will have another mama friend’s kiddo after school for dinner and on to soccer practice with my son (so that he won’t have to endure Girl Scouts with his sister). We all cover each other and it is the best feeling to know we have a village.

2. Think about our family’s future years in advance.

Knowing that we may have to get to India at the drop of a hat, we have financially planned for that for years. We also know information about both sets of parents’ insurance and other financial details that are integral to their future healthcare and independence.

3. Openly discuss plans and desires with our parents.

Finances, illness and death are really hard subjects to talk about – I get it. But we both feel so much better knowing what our parents want so that we can be prepared to help them maintain their independence for as long as possible and be taken care of in a way that’s comfortable for them when they are no longer able to care for themselves. This includes not just verbal discussions, but knowing they have executed their wills and advanced directives and have planned for long-term care. Knowing they have these things finalized (and knowing where the paperwork is) gives us such peace of mind – we won’t ever have to wonder if we’ve made the right decisions on their behalf.

Based on US Census Bureau statistics indicating that the number of Americans aged 65 or older will double by the year 2030, the Sandwich Generation population is on track for continued steady growth as well. Are you a card-carrying member of the Sandwich Generation, too? I’d love to know what your family has experienced and how you plan for the future.