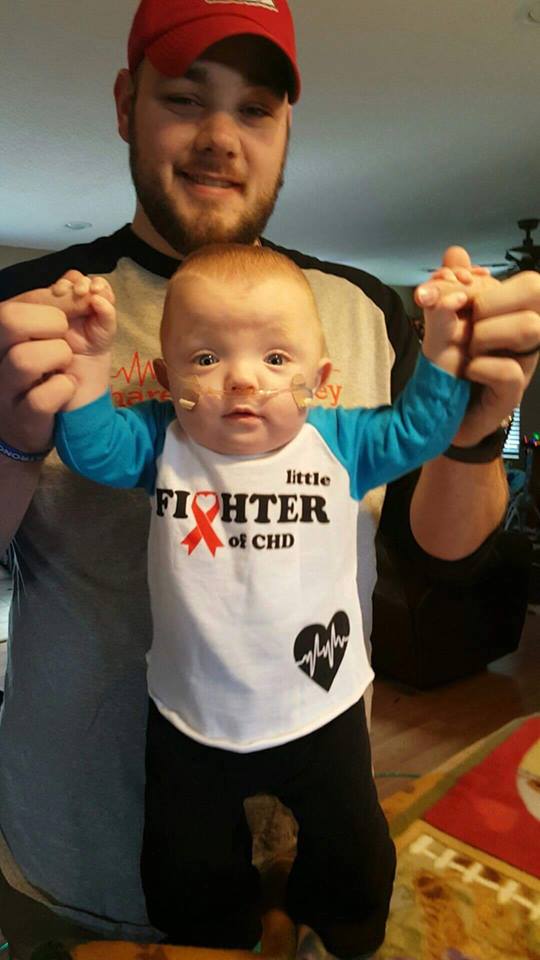 I was 28 weeks pregnant when my water broke. I remember not feeling well that day and just shrugged it off to pregnancy pains.

I went to my local emergency room in Pittsburg, Kan. The doctors decided I needed a higher level of care since I was in early labor. They decided to transfer me to the Maternal-Fetal Health Center at Overland Park Regional Medical Center.

To say the two hour drive was scary is an understatement. I tried to stay calm and just wanted the best for my baby. I was admitted to the hospital’s Antepartum Unit to be monitored. The unit is specially equipped to care for pregnant women who need to be hospitalized during their pregnancy. My labor wasn’t slowing down.

I delivered Aric the next morning on March 24, 2016. He was 12 weeks early and just over two pounds. He had complications with his lungs, which is normal for premature babies. I was so happy that his prognosis was good. He would need to spend time in the NICU at Overland Park Regional Medical Center.

The next few days were a blur. I heard the words congenital heart defect and open heart surgery. The team discovered that Aric was born with a rare heart condition, which affects less than one out of every 10,000 babies. In fact, it is so rare that it makes up only one percent of all congenital heart defects.

We needed to find the best surgeon with expertise in both treating truncus arteriosus and premature infants. The pediatric cardiologists at Overland Park Regional Medical Center recommended a surgeon in California. Ten days later, after extensive conversations with the pediatric cardiologists, we were life flighted to a hospital in California. Three days later, Aric had his first open heart surgery.

The surgery was a success, but Aric needed time for his blood clot to dissipate. Finally on May 31, 2016, we were transported back to the NICU at Overland Park Regional Medical Center to continue to receive the specialized care that Aric needed. We were finally able to go home on July 13, 2016. We spent a total of 111 days in the hospital.

Aric will turn two next month, and we are so grateful for him. He still likely need at least two more procedures to treat his heart condition and to accommodate his growing body. We have check-ups monthly with our pediatric cardiology team at Overland Park Regional Medical Center. 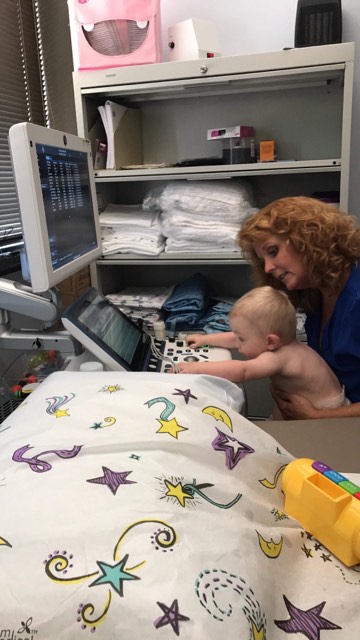 You may think it can’t happen to your family. That is what I thought, too. I encourage you, whether or not your child has a heart condition to take a CPR class. I know that sounds bad and scary, but with our heart kiddos you can never be too prepared. Aric has had four breath hold episodes, the last one my husband had to do full CPR. Medically fragile kids can go from being fine to sick very quickly.

Ask lots of questions to the doctors, cardiologists and nurses. I have a 3-ring binder that goes everywhere with us and it has Aric’s medical history, all his medications and doses, insurance information and contact information from all his physicians and family. Remember, don’t Google anything.

For us now, we are trying to live as normal of life as possible. We have been so blessed with the care we have received. The NICU team and the pediatric cardiology team have grown to be our family. We were lucky to find a hospital that had the capability and resources to deliver a premature baby and treat his heart condition without us being separated as a family. It has been a long journey, but the team of nurses and pediatric doctors have been by our side every step of the way.