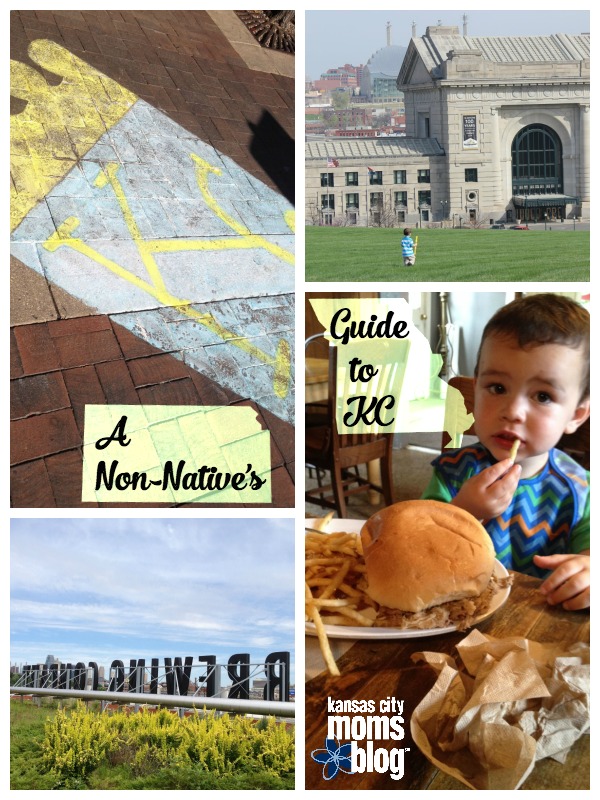 Thinking of moving to Kansas City? Consider this your big Midwestern hospitality hug of welcome.

Though I grew up 120 miles west (Go Cats!) and then spent four freezing cold years in the Land of 10,000 (frozen) Lakes, I’ve been a Kansas Citian for the last five years. My non-KC friends and family have a lot of confusion about our fair city. I mean, it IS confusing that Kansas City is mostly in Missouri. And we aren’t just a bunch of farmers. I mean, we have an IKEA for goodness’ sake.

So with the eyes of a non-native, here’s your guide to acting like you’ve always belonged here.

Be prepared to declare (and defend) your favorite barbecue joint.
The ongoing and often heated battle in KC doesn’t center around sports teams, but barbecue. Do you like the original Arthur Bryant’s? Do you know what to say when someone screams at you, “MAY I HELP YOU?” Have you stood in line for an hour in the blazing hot sun outside a gas station for a Z-Man? Do you prefer barbecue on real plates at a restaurant where you can make a reservation? All important questions for which you must have an answer. Note: The only correct answer to “What is the best barbecue?” is Joe’s Kansas City (formerly, and forever known as Oklahoma Joe’s).

Learn to merge without hitting the brakes.
When I lived in Minnesota, the driving motto seemed to be “no, really, you go ahead.” KC driving is the exact opposite – every man for himself! When merging, especially downtown, don’t hit your brakes. Just merge swiftly because most likely the person behind you is flooring it when they see you coming. Don’t even tap the brake pedal – they will smell your fear.

Know the Boulevard seasonals and get your name on the liquor store waiting list.
Boulevard Brewery, our hometown craft brewery, releases seasonal favorites and special edition beers on a schedule hawked by beer enthusiasts. Know the schedule. If you want to try a Smokestack Series specialty, show up early or miss out. Even better, befriend a liquor store owner who will place one on hold. Note: Smokestack Series beers contain as much as 12% alcohol which has earned them the term “final location beers.” Don’t crack it open until you’re safely at home or have secured a designated driver. You can learn this, and other fun facts on one of Boulevard’s tours, free to pricey depending on how much you want to learn (and drink).

When it snows, I hope you live in Kansas.
During a heavy snow, city officials will remind you that Kansas City is a large metro and workers can only do so much. These officials live on the Missouri side. It is not uncommon to be driving at 5 mph in six inches of snow, fearing for your life only to cross the state line to see properly plowed pavement glistening in the sun.

Discover the parkway/boulevard system.
The unique boulevard and parkway system in KC was developed by architect George Kessler in the early 1900s as part of the City Beautiful project to tie localities together, create beautiful residential areas and connect people with parks. You can still see the remnants of these projects on sidewalks with blue and white tiled lettering, prominent street lights and driveways that don’t follow the traditional trend of door to curb. Using this system, which runs off the traditional grid layout, can help with a faster commute during peak Interstate travel times or can offer pretty, lush drives for a weekend activity.

Spray parks for survival
June is nice, July is warm and August and September are HOT. Free spray parks are plentiful and absolutely necessary to survive the summer heat. Check before you go as most spray parks are closed one day a week for cleaning. Parks are typically open Memorial Day weekend to Labor Day weekend.

There are two Kauffmans.
One you go to for art and culture. The other one for baseball. Which brings me to…

The Royals
The fall of 2014 was one of #Royaltober and #beroyalkc. People stood in line for shirts, the fountains turned blue, Baltimore Avenue was changed to Royals Avenue and city was alive with World Series fever. Then, in game seven, Madison Bumgarner broke our hearts.

Block off First Fridays on your calendar.
Who says you can’t have barbecue and a refined arts culture? The Crossroads Arts District boasts numerous art galleries and hipster coffee shops. This area is best enjoyed on the first Friday of the month along with food trucks, street performers and of course, a whole bunch of art. Also on the first weekend of the month, check out the West Bottoms for awesome deals on antiques and other local artists’ work. Though my husband and I prefer this as a Saturday morning date, we have also brought our kids and find ourselves saying “Oh wow, I played with this when I was your age. They call this an antique?!” Yikes.

Power, Light and Bachelorettes
The Power and Light District in downtown Kansas City includes a nine-block area with the roofed KC Live at the center. The area can be great for Family Fun Days, restaurants, concerts and watch parties that frequently make ESPN. If you go after midnight, you should be a bachelor or bachelorette party goer. If you are not, you should be comfortable socializing in the midst of these people (and their vomit).

What are you going to do about schools?
Another question you should be prepared to answer. The KCMO school district has had its challenges leading to a whole lot of people facing critical questions as their children approach kindergarten. Whether you send your kids to public school, move to a suburban district, take your chances on a charter school lottery or teach your kids at home, people will want to know. And they will definitely share their opinion on if you are making the right choice.

Paris of the Plains
We’ve got fountains. More than 200 of them, just like our French sister. Some of my favorites are the Children’s Fountain, the fountains at Crown Center, the Northland Fountain that flows in the winter to form ice sculptures, and perhaps the most famous, the JC Nichols Memorial Fountain on the Plaza. The fountains also turn colors during different times of year – pink for Breast Cancer Awareness Month, red for the Chiefs opener, blue for Royals mania.

We’ve got game.
Until Royaltober, college sports ruled the city. The Sprint Center is home to the Big 12 Tournament when the city is flooded with college basketball fans. There are MU bars, KU bars and K-State bars, and everyone thinks their rivalry is the greatest.

Don’t miss out on professional sports, though. In addition to the Chiefs and Royals, check out the growingly popular Sporting KC professional soccer games.

Flying with ease
Though the city is working on changing this, the Kansas City airport (known inexplicably as MCI) is the fastest, cheapest travel experience of the major U.S. cities. With multiple security entry points, you avoid the security cattle call at most airports. You can be dropped off 20 feet from your gate and long-term parking is one-third the rate of other airports. We trade ease for amenities, though. Don’t expect your choice of restaurants or coffee shops, especially when traveling during non-peak hours.

Put away your wallet.
Finding a free activity for your family is easy in KC. Check out Kaleidoscope, the Model Trains at Union Station, Deanna Rose Farmstead, Crown Center, Sprint Family Fun Days, Johnson County Museum’s Kidscape, Plaza Library Family Fun Night (Fridays), the list goes on. Free parking is also plentiful on the Plaza, on downtown side streets and in the suburbs. There’s no excuse to not get out and enjoy this awesome city! 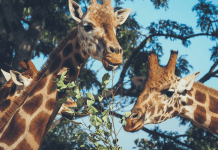 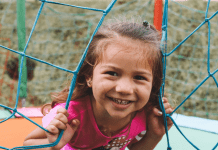 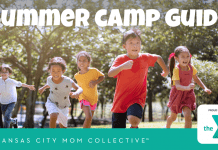