There have been countless times in my three years of mom-hood that I’ve felt completely under qualified for this position. Yet never have I thrown my hands up and said “I totally suck at this” as often as I have since my son Jona turned 3. Every day? At least. Every hour? Sometimes.

Listen, I totally get that 3 is a rough age. I used to cringe at the term “threenager,” yet now I think it sounds about right. On top of it all we had the audacity to add a little sister to the family, which added new layers of emotion to an already emotionally challenging age. I wasn’t predicting a seamless transition; I knew there would be bumps along the road. However, I wasn’t expecting this sweet boy of mine to morph from the angel child he once was (seriously, easiest kid ever) to a screaming, hitting, tantrum-throwing little hellion. 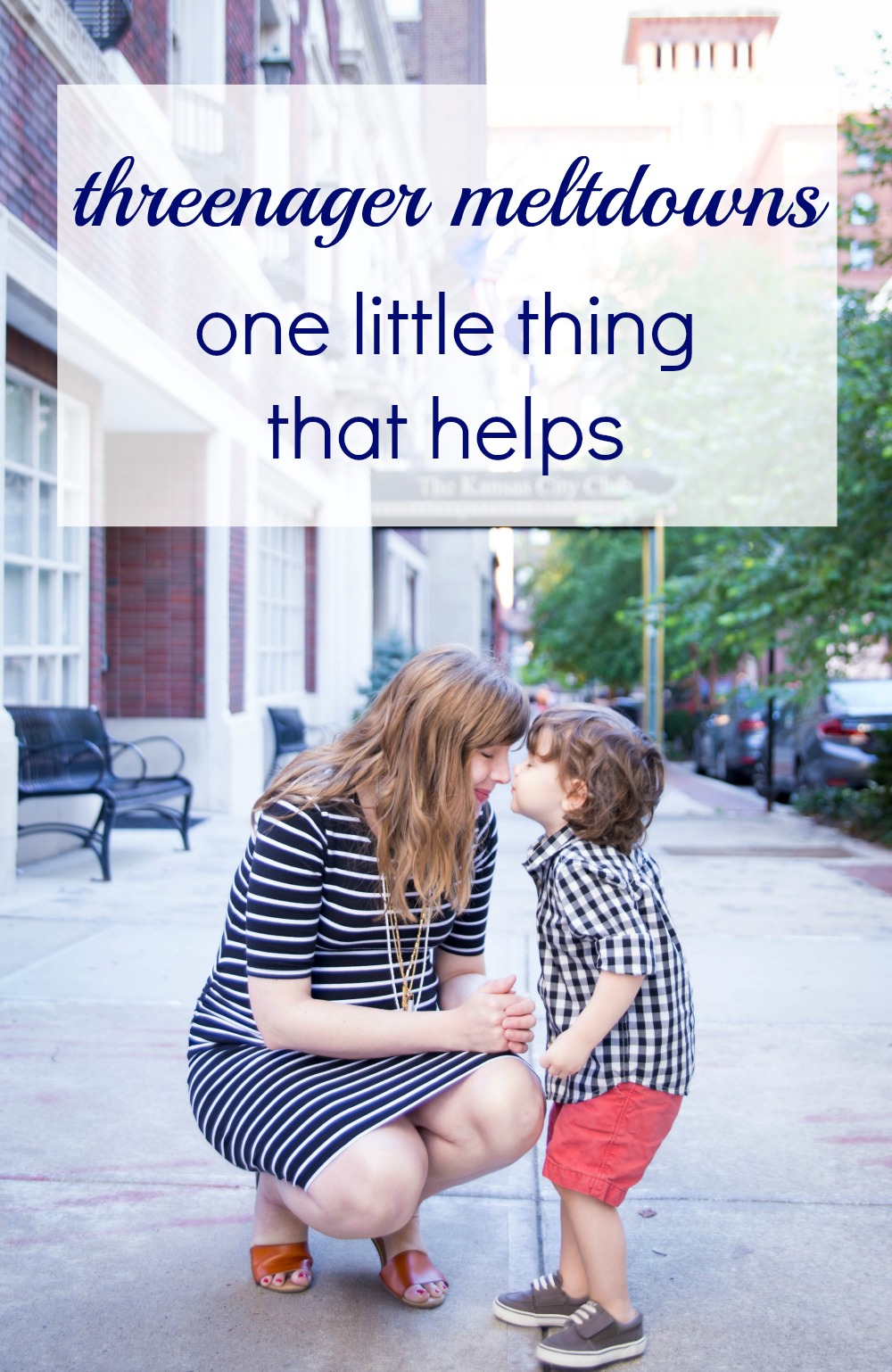 {photo thanks to Marianne Photography}

For a while I told myself it was a phase and that he’d grow out of it, but eventually I realized that something needed to change. Nothing that my husband and I were doing was working; the tantrums continued to increase in frequency and fervor. We tried spending more one-on-one time with him; we tried giving rewards; we tried giving consequences. If someone had told me that there was a special shirt I could buy that was proven to reduce toddler meltdowns, I would have rushed to the store, debit card in hand.

Desperate for a solution, I started listening to back episodes of Unruffled, a parenting podcast hosted by “Respectful Parenting” champion Janet Lansbury. I’ve gained some good advice from that podcast in the past, and her methods make a lot of sense to me. As someone who learns best by reading, I also browsed her website in search of answers. I found this article that seemed to describe Jona exactly, so I was anxious to follow her advice.

What I heard and read, over and over again, was that parents should validate their child’s feelings. It makes perfect sense, but I realized that is the opposite of what we were doing. In trying to calm him down, we were essentially telling him “we don’t want you feeling this way.” She talks about how as an adult, if you’re angry, the last thing you want to hear is “you shouldn’t be angry right now.” I don’t know about you, but that only makes me angrier.

With that perspective in mind, my husband and I both began to validate Jona’s feelings, and let him know we want him to share them. We try to show empathy, even if we think it’s completely ridiculous that the piece of broccoli on his plate is causing that much agony, or whatever the situation may be. Of course, if he escalates to hitting, we stop him and let him know we won’t allow that behavior. However, the hollering and screaming we have no power to stop, so we just let him know that we hear his frustration and we understand. He may not be calm, but it’s important that we remain calm. When we get worked up that gives his outbursts power, and the power struggle is exactly what we’re trying to avoid.

And what do you know, it’s working! No, the meltdowns haven’t stopped, not by a long shot, but they have been shorter and happen less often. Sure, we’re not perfect at this. Sometimes, probably too often, I lose my cool. But I do notice when I stay calm and validate his feelings, it really does make a huge difference. I may just survive this stage after all.