By the end of the first week of January, about a day after people invaded the U.S. Capitol and killed their fellow Americans, I started seeing social media posts with things like “well there goes my dry January” and “everyone gets a break from dry January this year” OK. I get it. Last year was A LOT and this year is shaping up to be A LOT again. As many sober Americans decided they wanted a glass of wine (or three) to just get through it all, there are just as many of us in recovery who don’t have that option. 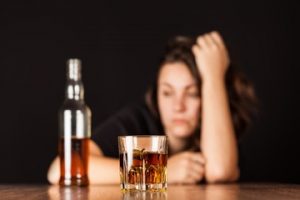 As a sober mom (seven years and counting), I’m grateful every day that I can be fully present for my son — during the good stuff and all the not-so-good stuff. I’ve never been hungover or even drunk during a single second of my parenting. It’s not a humblebrag, it’s just a fact and something I work hard to make happen. There is a group of sober moms I connect with, and we are all in the same boat of working hard to make it happen. But lately, it hasn’t been possible for some of my sober mom friends. They’ve struggled. Big time.

“I feel like I failed,” said one mom who gave me permission to share her story. We’ll call her Jane. Jane has two kids — both boys — and lives in a school district that has been 100% virtual since March of 2020. She works from home these days, but is a single parent managing her job and virtual schooling. “One night after the boys went to bed and I finished some work I just decided I wanted a drink. I had some cooking wine in the back of my cabinet from something I made over a year ago so I poured a glass and sat on my couch and drank it. Then I went to bed and cried.”

Jane isn’t alone in being a sober parent who has picked up a drink again during the pandemic. Experts say added isolation, stress, and more responsibilities have caused an increase in relapses, especially among parents and caregivers. In-person meetings and face-to-face connections with sponsors — the center of many 12-step programs — have either gone all-virtual or just aren’t safe options for so many. I’ve been “attending” virtual Alcoholics Anonymous meetings here and there, but honestly, it’s difficult to shut off work and focus on meetings.

Another mom friend I’ll call Sue has started full-on drinking again. For Sue, it’s more than just one drink. “I hate admitting this, but I’m drinking again. I still go in to work while my husband and teenager work from home and do school from home, so I stop and get a Diet Coke and a couple small bottles like you get on airplanes or mini-bars. You know those?” she asks. I know those. They were my go-to to sneak into concerts, sporting events, etc. Sue says she pours a couple into her Diet Cokes every day and has some on the way home. “I know it’s dangerous to start, but right now, I feel like I just need it to keep my anxiety from going through the roof. My daughter is older and she can do things for herself so when I get home I’m not needed as much. What I really need is a meeting, but I’m already pushing it by going into the office and I don’t want to expose myself to more people.”

Other sober moms also admit it they’re struggling with their sobriety during the pandemic. While they haven’t had a drink, they admit they’re too tired or overwhelmed to make time for virtual meetings. They also have put their overall well-being on the back burner. That’s unhealthy for any parent or caregiver, but for those of us in recovery, it’s downright dangerous. For myself, I’ve actively started working my 12 steps again with a new sponsor who I’ve known since my first AA meeting in January 2014. She’s a fellow mom and has the same “no in-person meetings” rule I have these days. While I wish we could get together for coffee and connection, I know that virtual meetings are best and I’m grateful that she’s in my life.

One of the big things in AA is to “carry the message” of our experience, strength, and hope. I try to do that with Sue. She and I text here and there and I check on her to make sure she has someone to talk to. She’s not really up for talking right now, and that’s OK. I can’t fix her problems, but I can hold space for her if she wants to talk to me. That’s something anyone can do with a parent who may be struggling. Hold space. Whether that parent is struggling with sobriety, stress, or anything else, let them know you’re there if they need to talk. Connection like that can truly help all of us.

If you or someone you know may be struggling with alcohol or other substances, there is help available. Some resources includes Alcoholics Anonymous of Kansas City and their 24-hour hotline at 816-471-7229, and First Call, which has a 24/7 Crisis Call Line at 816-361-5900. 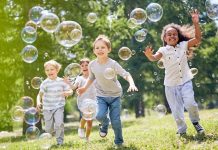 A Return to Normalcy: I Just Want to Push Play 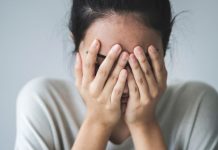