A parents-only getaway is a true luxury. My husband and I have been married for ten years, and as of last month had never been able to get away for more than one night since welcoming our three kids.

Pure guilt of leaving babies stifled our confidence they could sustain life without us for a few short days. Even though we rationally understood they would be frolicking around with their grandparents eating suckers for breakfast and convincing these poor seniors to play the games we dread (read: imaginary play), we didn’t know if we could stand being away from them for an extended period of time. Missing cuddles and hearing firsthand about their school days kept us from hitting that plane ticket purchase button much longer than it should have. Oh yeah, and work schedules, extra-curricular activities and general responsibilities were also determining factors as well….blah, blah, blah. It goes without saying, a long weekend away is an indulgence in time and money, and only made possible for those with access to quality, extended childcare.

But we did it anyway. Three nights and four days. And you know what? We all survivied. Dare I say, we ALL enjoyed it. My kids were whisked away to carnivals, and had happy meals at least two times. They received undivided attention, when normally their parents would need to be catching up on laundry, making dinner, or mowing the lawn. It was good for them.

Most importantly, however, it was good for us. We remembered a lot of things about ourselves and each other that seem to have been long forgotten. 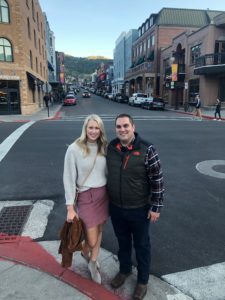 We are still fun and spontaneous. Even though the trip was planned, we found ourselves wandering off course to explore a new part of the country. We hiked, fly fished, and went to a spa. We had more than one glass of wine at dinner, listened to a local band play, and stayed out past 8:30. I know, we are straight up party animals! A point was made to enjoy things and places that made us feel centered and at peace, but also push us to have fun and try something new.

We are interesting individuals, not just purely mom and dad. From politics and future aspirations to new music selections, we were able to have long-winded conversations uninterrupted by potty breaks and the incessant “mom, mom, mom, mom, mom, mom” being heard in the background. When there was time to idly sit at a table across from one another, we found out we do still have all of those courtship ideals in common. Much of our conversation revolved around our kids, but this time it was to say how much we missed them and wondered what they were up to at the moment instead of pausing every three minutes to answer a most likely ridiculous question. Because, no, honey, I don’t know the population of Montana off the top of my head. And let me just add how nice it was to eat a meal later than 5:30 where the menu isn’t a mix of chicken fingers and macaroni. We both ate all of our meal instead of lighting $9 on fire because the “chef” made the grilled cheese too cheesy. 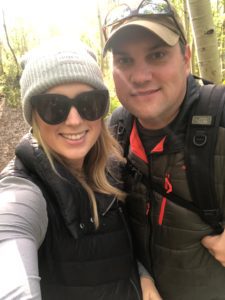 Traveling is easy without kids. Once upon a time, we would take trips all around the world. Now, we exclusively vacation with our children. Let me just point out, all of the grown adults who are incessantly whining about how hard it is to travel by themselves need to shut their mouths. Please, spare me. After lugging suitcases, strollers, babies, packaged breast milk, and backpacks filled with toys and snacks through airport security, only having to worry about my one carry-on felt like a breeze. Jumping carefree in to our rental car instead of sweating while we install cheap car seats in to a beat up rented minivan felt pretty dreamy, too. We were packed in minutes, and even took a nap on the plane. That has happened NEVER since our first family vacation.

Our title as parents still remains firmly intact and important. Despite making the most of our vacation, we still spent a significant amount of time looking for souvenirs our kids would love. Although, it was more about making sure they were equal in value so that we didn’t have to break up a fist fight at home over who received the best stuffed moose from Utah. We made note of what parts of the vacation would be fun for them to experience. We planned to visit the same area with them in tow. It was nice, however, to first enjoy the adult part of the area without having to make a pit stop at the miniature golf course.

At times the silence felt a little lonely. My chest ached as we drove away to catch our plane and watched them wave out the window. We missed our kids terribly, but we also felt like we found each other again. It was a much-needed break from reality. We love our family vacations and the memories we make, but it was really nice to feel young again. Sticky hands, somebody else’s dried snot on our shoulders and screaming car rides were much easier to return to after experiencing a few days of worrying only about ourselves. It’s amazing what good rest and perspective will do for you. The life we always longed for was sitting at home waiting for us to return, and the grandparents were the ones sleep deprived for once!

If you can, take the trip! You won’t regret it.

A Mom’s Guide to Branson 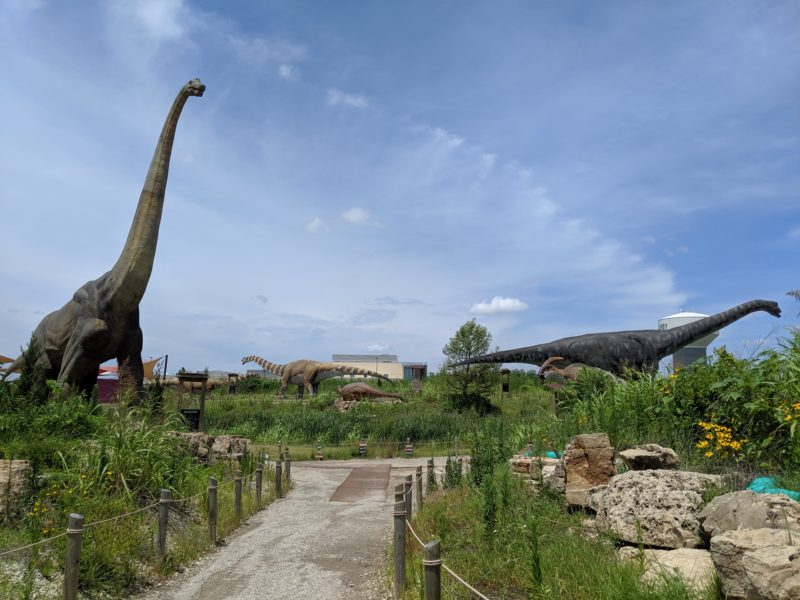