A local therapist caught my attention on social media with her body-positive, sex-positive, no-shame, quirky videos. Cassie Willnauer is a Licensed Professional Counselor working toward becoming a Sexologist. I recently interviewed her about sex, shame, and fulfillment

During the pandemic, she took to social media to spread awareness about all things sex because she hopes to make a bigger impact in the world than she can accomplish from her office alone. When asked “Why TikTok?” she humbly replied, “I guess it’s about reach. I want people to be able to get more because, as a therapist, I have skills, but I can only share those with a select number of people who are able to come here, and pay me, and see me in my office, and I wanted to be able to give more than that, and… it’s fun!”

TikTok has come with its own unique set of challenges, such as censoring many of the words a sex therapist slings around regularly, but the accolades she receives and comments asking her for more keep her finding creative ways around the platform’s more frustrating attributes.

I myself am a bisexual woman, married to a woman. I also have a past with its own sprinklings of trauma and shame, and it has taken intentional focus and help to find healing. Like Cassie, I wish everyone could find their place in this world without shame, heal unprocessed trauma, and have the (sex) life they deserve—one that is wholly fulfilling.

Seeking therapy in general can feel scary, but add in the stigma that sex carries with it, and finding the courage to seek out a therapist to specifically help you with anything sex and sexuality related can feel like an impossible feat. So much so, that according to Cassie, research shows that the average couple will muddle their way through unhappiness in the bedroom for seven years before seeking help.

So, how do you know when seeking the help of a sex therapist is the right move for you?

Well, it seems to be as simple as this: If something is taking up brain space and you aren’t making the progress you’d like to on your own, a therapist can be a beneficial addition to the equation.

Cassie said, “People think of it [therapy] as this big commitment and it just doesn’t have to be” when discussing the delay in seeking help. She also explained how many of the issues she helps clients with are able to be worked through in a handful of sessions versus being a major time commitment.

A recurring theme in our conversation was shame. Oftentimes, we hear the word “shame” and don’t put ourselves in that bubble because the word feels too harsh for what we are experiencing. Shame doesn’t have to be some big bad wolf that’s blowing down your house though. Shame can be experienced in small ways, such as negative self talk, feelings of guilt, and feelings of unworthiness.

Shame often shows up is from childhood trauma that wasn’t ever reconciled, such as shame surrounding exploring one’s own body or stigmas that religious backgrounds tend to enforce. Shame can then keep people in their heads and out of their bodies and keep them from experiencing their sexuality in the fullness and goodness it deserves to be.

Another issue people tend to minimize is the impact of sexual abuse and trauma. People can tend think they don’t need (or deserve) help processing things that happened because they were little things. Cassie mentioned a joke Amy Schumer tells about how “everyone has been raped a little,” and that’s to say, majority of people have experienced something sexually related that wasn’t necessarily what they were consenting to or wasn’t welcomed at all, but that something was not considered big enough to tell anyone—a lot of unprocessed trauma can come from this place.

Again, Cassie drove home the message that if it impacts you, it needs to be processed. People don’t often have a completely neutral and safe space to do the necessary processing, and that’s where she comes in.

I asked Cassie to list the most frequent complaints her clients bring to her and they were as follows:

This is not a comprehensive list of her full scope of practice, but it’s a good jumping off place for you to decide if (sex) therapy could be right for you. Unprocessed or untreated sexual shame and trauma may be a common burden many bear in silence, but that doesn’t mean you have to carry it around.

Life is short, maybe it’s time to treat yourself with some healing! 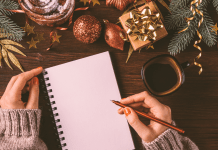 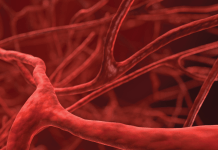 I Am Not Invincible: My Deep Vein Thrombosis Story 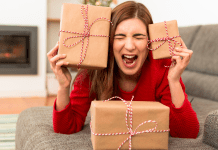