The questions began around seventh grade. My 12-year-old sat across from me at the dinner table and asked, “When can I have Instagram?” With a darted glance from my husband, and 12-year-old eyes locked on me, I answered what felt best for us: high school. The topic was quickly dropped, but it became one that would be picked back up many times to come. Each time, the answer of high school would be less and less acceptable by the anxious teen.

“But Moooom, ALL of my friends have it!”

“Moooom, what is the big deal?”

She was right. I am a lover of social media. As my husband one would say, I may be an over-sharer on social media (As if there is such a thing? The nerve! Doesn’t everyone want to know about me?!). It is nice to have the ability to watch as my friend travels around the world with her military spouse. I enjoy seeing my high school classmates succeed. I love watching my friend’s children grow. Social media is a wonderful thing. Until it isn’t.

There can also be a lot of ugliness, both intentional and non-intentional.

Here are some of the things that we considered when making the decision as to when is the right time to allow our children into the world of all things social media. 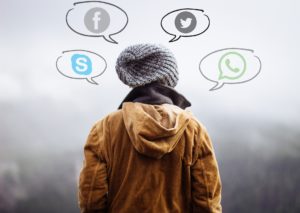 Safe place:  When I was growing up, if something happened at school, it generally stayed at school. I could escape the embarrassment of the day by flopping on my bed and getting lost in the knowledge that Brenda and Dillion were going to The Peach Pit on a date (shout out to all of the BH90210 fans!). My moment of embarrassment or whatever stressed me out would not be playing on loop via ‘The Gram’ because someone caught it on camera with their phone and posted it. My home was a safe place that would give me the time and space to distance myself from the day, from the drama, from the stress.

Likes: I sincerely believe there is a mindset and a feeling of being ‘worthy’ based on the number of likes a picture or comment receives. I think it feeds into the desire for others approval. As a teenager, this surely could end up getting magnified. I want my kids to be driven by the way they feel and think, not the way someone else thinks or feels about them. This is something that may be confusing for a teen mind in the world of “why didn’t so and so like my photo?”

Snapchat or other delete-able apps: Nope. No way. Don’t even think about it. Strong no. I understand that it’s the new cool thing. That teenagers are not flocking to Facebook where their Mom (and Grandma) are talking about what’s for dinner (sorry FB, but that’s what I hear is true from those cooler than me. I am still a die hard user.) While we agreed to loosen the cord a bit and allow social media in our home now that we have a high schooler, we said no to things that can’t be traced. Call it helicopter parenting, call it an invasion of privacy. While I trust our kids, I am not down with them needing to use a way to communicate that can’t be sent via a text. If it needs to be deleted after 30 seconds, it may not be OK to send. I am old-fashioned that way. Delete it and pray your Mom doesn’t work for an IT company (spoiler alert, I do…I will find out), like the rest of us did growing up.

Mean comments: People can be mean online. Hidden behind the keyboard with the ambiguity of the world wide web, people can often say things they would never say to your face. And then what happens if I see someone has made a rude comment to my kid? I’ve gotta go back to jail for a punk kid with a false bravado? Wait, what? Nevermind, let’s move on.

Reality:  People portray their lives as they want, not always as it is. It should be taken with a grain of salt and not as a measurement of your own life. The highlight reel of someone’s life, that may not even be accurate, is not something to set as a bar for your own.

Missing out: If I wasn’t invited to the party when I was a teenager (then you were dumb, because I am a blast) I probably didn’t know. Now you get to witness it, over and over, as your friends all post about it. What if my kids see they were left out? Would they understand that it is OK for people to have other friends, or would they be hurt? Even as an adult there are times of feeling left out. I can’t imagine what that would be like if you were a teenager and weren’t a 40-year-old that actually preferred pajamas and a couch over a night on the town.

Break ups: Oh my Lord, can you imagine watching as your now ex-boyfriend moved on with a new girl? I had to drive by his house several times a day, and still only got to see if her car was out front. I mean, allegedly.

We chose to stick with our answer of high school because it was a safe compromise between protecting her heart during middle school and letting her have some freedoms of a high schooler. It is what felt right for us. It may not be good for all. When making the decision, my best piece of advice is to follow your heart, but keep some of these things mentioned above in mind. No one knows your children like you do. No one will know what is best for them like you will. There are a lot of awesome articles online as to what to consider when making the decision of when is right for you and your family. There are equally as many articles regarding how to talk to your kids about what it means to have this type of privilege and responsibility.

If there is a resource you have found helpful when considering social media, please leave it in the comments, as this is still a work in progress for us as well. We are always fine-tuning. Good luck to all of you Mamas and Dads fighting this battle. May you find the right answer for your household. In the meantime, don’t forget to like this post, love it, and share it. It makes me feel better about myself (wink, wink). 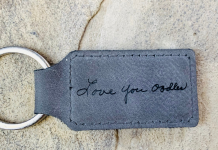 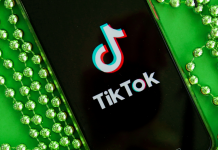 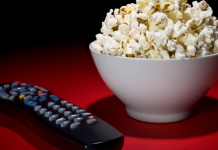