Who doesn’t love a carnival? Especially the games along the midway. You don’t have to go to an actual carnival to get a similar experience these days. Step Right Up! is the newest hands-on exhibit to open inside Union Station’s Science City. Taking inspiration from carnival game favorites, this exhibit explores STEM concepts.

Step Right Up! actually comes from the minds of middle schoolers – Tonganoxie Middle School students to be exact. The exhibit is their winning Burns & McDonnell Battle of the Brains proposal. They put together 11 different exhibits to test your skills and teach you something as well.

Professional teams from Burns & McDonnell and Science City – together with the Tonganoxie students — spent more 3,700 hours in planning, design and construction. The results are impressive. The exhibit is designed for students 7-12, so of course I took my 6 year old. He’s very much into physics and science, and we are lifelong devotees (well, all six years of his life) of Science City. Let me just say that Step Right Up! did not disappoint.

Although it’s designed for 7-12 year olds, my 6 year old definitely had a good time shooting baskets, trying to solve a maze, sending a sphere 20 feet into the air, and nursing a burgeoning skee ball addiction. That’s what’s so cool about this exhibit. All of the activities are fun things your kids would enjoy anyway, but the panels on the wall describe the lesson tied to the game.

Trick Shot is the basketball activity. It’s like pop-a-shot, forcing kids to use different angles and trajectories to score. Ramp It Up is just like skee ball. Kids were able to learn Newton’s third law of motion: for every action there’s an equal and opposite reaction. For the Circle of Chance, it’s all about probability and what number the circle would land on. One of my favorites was Kinetic Collisions. You can see how high a sphere can go just by dropping a few spheres connected to a wire. The concept is very similar to a strongman’s game where you strike a lever with a mallet to see how high you can make the puck go. My son and I had fun seeing which technique made for a more powerful reaction and competing to see who could make their sphere go higher. I’m proud to say I won that game.

There are several other games in the space and we had a great time moving around the area from one to the next. He was really interested in the “why” of the games, and what made them work the way they did. I would say the Tonganoxie Middle Schoolers really did a great job helping design an exhibit that’s educational, but also just plain fun.

There are a few important things for parents and caregivers to know about Step Right Up!:

Every time we go to Science City, I am so glad that this gem is in KC. It brings kids’ imaginations alive and teaches them so much. Step Up Right Up! is a perfect addition to this, and what’s even cooler is that it’s the result of kids using their brains. Burns & McDonnell’s Battle of the Brains competition is a great outlet to foster that love of learning. Can you believe nearly 60% of Science City exhibits were born in the imaginations of KC kids through Battle of the Brains.

When my kindergartner learned that kids in middle school grades helped design this, he looked at me and said “I can’t wait until I’m a grader so I can work on cool exhibits like this.” Well done, Step Up Right Up! Well done. 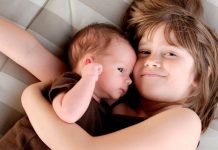 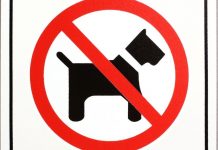