In education, grit and growth mindset are hot topics right now.  Over and over through the classes I teach on the subject, I hear from educators that grit is hard to measure and even harder to teach, but how a student is raised has some impact on their level of grittiness in school and life. Wow! As a parent I’m freaking out a little as this is a big responsibility. As an educator I am trying to learn all the strategies to impart gritty behavior in my students and my own children. Life is hard and unfair, failure is inevitable. How in the world can we prepare our children for this life? I believe this is the biggest responsibility that we have as parents. Below I’ve shared things I’ve learned from educators, research that I’ve done on grit, ideas I’ve heard in passing and my own personal experiences parenting three very different girls.

Model Gritty Behavior
Take this short quiz by Angela Duckworth and see your level of grittiness.  If you aren’t very gritty maybe this is something you can focus on yourself while also teaching your child how to be gritty. Grit is not situational; grit is how we persevere for the long term.  How are you gritty towards pursuing goals?  When modeling grit, communication is key. Often I find myself hiding my struggles from my kids. I don’t want to worry them or disrupt their daily routine with my struggles. I’ve learned there is value to them seeing my struggle.  It’s also important they see how I react to the struggle. Also, how the struggle, and sometimes failure, doesn’t define me, but instead how I recognize it and grow from it.

Surround Children with Gritty Peers
I guide my children’s friend choices.  Yep, I’m super involved (my husband would say overly involved, but whatever) in their life. I coach their youth sports, volunteer whenever I can in their classrooms, and really get to know their friends. I foster their friendships with gritty kids and I hope my children can serve as that example to their peers. It’s a known fact that children are influenced by their peers.  I try to make sure it’s a positive influence whenever I can.

Set goals with your children and show them how to achieve them
Have you asked your child what their goals are?  Not their long term, “I want to be a doctor when I grow up” goals, but just their everyday goals? Goal setting is very important in developing a growth mindset. Include them in your family’s goals…paying off debt, starting a business, exercising, eating dinner at home, whatever your family goals may be, include your children in them. Children are amazing and might end up being the greatest cheerleader and source of inspiration for achieving them. Plus, think of the life lessons they are learning by watching your family work together toward a common goal.

Highlight Effort
I’ve read a lot of research by Angela Duckworth on grit.  She explains the importance of highlighting the undervalued role of effort in performance. Talent is great, and some people are naturally talented.  Often, the world praises these talented people without recognizing the effort that goes into honing the talent. For example, to be a professional athlete requires some natural talent and ability, but those athletes are putting in the work behind the scenes to be the best they can be. The same can be said for anything in life. We must show our children that effort, hard work, and perseverance will pay off. As parents, educators and coaches we need to applaud the journey (which consists of both success and failures) not just the talent.

Give Them a Safe Place to Fail
I realize I’m not always going to be there when my children fail in life. While they are close by, I will teach them failure is not bad and I will let them fail.  I will show them that choices have consequences, and that they can learn from their mistakes. It’s hard, it takes persistence, consistency and patience. I’ve heard from parents and educators that seeing their child fail is the hardest part of parenting, which is also why it’s the most important. Share in the joy of their achievements, but also help them learn from their failures. I’ve learned to not take my child’s failures as personal failures.  I am not a bad mom because my child made a bad choice. It is my chance, though, to direct their future on how they handle failure and consequences. The lesson of resilience may be the most important lesson I teach them.

Perseverance, learning from mistakes, resiliency and endurance can be taught in so many moments in life, several of which take place at home. As parents we have the most important job of all–to raise kind, resilient, gritty humans who will leave this world better than they found it. It is terrifying and exhilarating all at the same time. 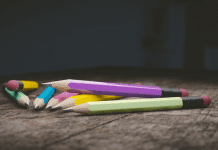 Give Yourself a Little Homeschool Grace During Quarantine 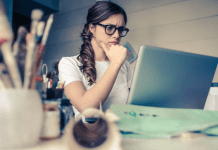 Controlling What You Can in an Uncontrollable Time 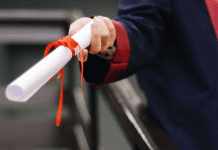