My husband and I have always wanted two kids. I am an only child and remember longing for a sibling to play with growing up. Brian grew up with a brother and loved having a buddy by his side. This had always been our plan.

But flash forward to me taking that pregnancy test 7 months ago. When I saw that positive line, I was in tears. Don’t get me wrong! We were so thrilled, excited and over the moon to bring another baby into this world. But what was really lurking and bubbling beneath the initial surface of excitement was the mourning of the loss of that special mommy and Jude time. I was beginning the process of saying goodbye to that time of Jude being my only baby. 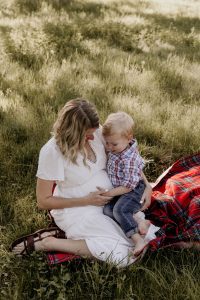 I had always heard everyone talk about how difficult it is workload wise going from one child to two but until I started opening up about how I was feeling, I had never heard anyone openly admit or discuss all of the emotions involved with transitioning to two kids. Most of my friends have now shared with me that they had also gone through those same emotions when growing their families and some admitted that they are still navigating through it or that the sadness and guilt never truly goes away. So why aren’t we as moms supporting one another in these emotions? Or at the very least talking about them more?

Recently it’s been a big trend on social media to post sentimental videos of your kids over the years or when they were newborns with the sound over it saying, “there’s just something special about the first” with a long list of reasons why they are such a gift. And there is another one declaring, “to the one that made me a mom” in a love letter style to your first born. It’s so endearing, sweet and sentimental to reflect back on but it can also be so painful to watch when you are already struggling with those emotions.

There’s even one specifically for boys that is a quote from Denzel Washington stating, “A mother is a son’s first true love. But a son, especially their first son, is a mother’s last true love.” This one emotionally wrecks me every time I hear it. It instantly makes you feel guilty for stealing time away from your first or forcing them to share their true love. It stirs up so many emotions, some good, some bad and some making you long for those days back when it was just you and your first when you should be living in the moment, not feeling guilty that you didn’t make the most of your time with them. Especially when there is so much on the horizon to look forward to.

There are a plethora of positives when it comes to giving your child a sibling. It teaches your child selflessness and responsibility, it shows them how to love another unconditionally, it teaches forgiveness and grace and it gives them a built in forever friend.

The past two years with Jude have given me some of my happiest memories. But I know that once this second baby boy comes my heart will grow more than I ever imagined it could and I will have so much more than enough love to share between my two boys. Leading up to it however, it’s so hard to imagine. Hard to imagine being in love with someone you’ve never met. But then I remember seeing Jude’s sweet face for the first time and that is exactly what happened. I fell in love with someone I had just met and I felt a wave of the most overwhelming, calming peace and assurance that I had ever experienced envelope me. 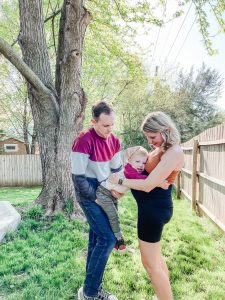 So yes, I am anxious about bringing home a new member of our family and worried how it will affect my 2-year-old son’s feelings. But I’m even more excited to give him a brother and to watch him with pride as he grows and matures in ways as a big brother that he wouldn’t have the opportunity to without a little bro. 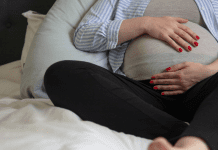 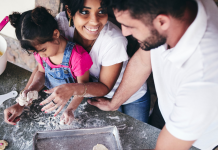 I’m Done Having Kids, Now What?