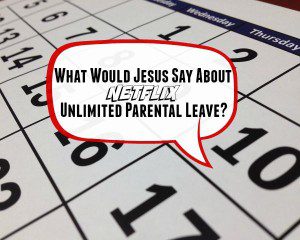 The news that Netflix will now offer unlimited parental leave to its staff was met with a round of virtual high fives from all corners of the media world this week – except, that is, on the company’s own Facebook page where various members of the American public expressed their horror at the prospect of a company wanting to support new working families.

Yes, you read that correctly. Why? Scary Mommy published a brilliant piece (virtual high five to you, Maria Guido) pulling out the criticism that generally ladders up to “I DON’T WANT MY TAX DOLLARS TO PAY FOR THIS.”

As a visitor to your wonderful country, I think this is a really interesting cultural phenomena, that too often the prevailing response to any form of progressive policy is “I DON’T WANT MY TAX DOLLARS TO PAY FOR THIS” (IDWMTDTPFT). This widespread lack of civic mindedness really jars for me with the strong church participation and community spirit I see in this country. IDWMTDTPFT rears its head particularly vehemently on anything to do with worker’s rights, even in this case when frankly, it’s nothing to do with tax! Which I find strange, because unlike most topics, shouldn’t the fact that the vast majority of us have to work at some point in our lives unite us? Don’t we all want to be treated well when we do it?

If you are one of those people who are petrified of the T word: relax. There will be no hit to your tax dollars through Netflix’s magnanimous gesture. In fact, if you’re Netflix’s head of staff, Tawni Cranz, this isn’t magnanimous or a gesture at all, it’s just good business sense. The policy will allow new parents, both moms and dads, to take as much time off as they need during the first year of their child’s birth or adoption (yes, adoption too!). The benefits to the company are higher staff retention (this is currently the most generous policy in highly competitive Silicon Valley) and staff satisfaction and motivation (66% of Netflix staff would recommend working there to a friend, and CEO Reed Hastings has an 80% approval rating). (Fast Company, 2015)

In their own words, Netflix explains:

Netflix’s continued success hinges on us competing for and keeping the most talented individuals in their field. Experience shows people perform better at work when they’re not worrying about home. This new policy, combined with our unlimited time off, allows employees to be supported during the changes in their lives and return to work more focused and dedicated. (Netflix Blog)

Last week, another brilliant blog entry entitled Living in Switzerland ruined me for America and its lousy work culture met a similar response. Its American author, Chantal Panozzo, discusses not only the fact that she was paid more in Switzerland, but enjoyed things unheard of in her previous “American Reality” such as an actual lunch break, paid vacation time, free healthcare, paid maternity leave, the option to return to work post-partum, part-time (try saying that quickly) and even when she lost her job – an unemployment benefit. On returning to the US, she bemoans the measly contract she’s offered from a potential employer and wonders if it’s worth living here at all. A Facebook commentator currently living the “American Reality” comments: “It all sounds lovely for the individuals, but leaves me wondering how it is affordable for businesses and the government.”

It’s sweet that you would worry about someone else’s money, love, but I think you should know that Switzerland is doing OK. In fact, more than OK. Switzerland ranks number one in GDP out of 43 countries in Europe and 5th in Economic Freedom; corporate tax is around 8.5% with individual tax rates at 40% (Heritage, 2015). Compare this to the US which ranks 12th globally on Economic Freedom and where top individual tax rates are 38% and corporate tax is around 35% (Heritage, 2015) – you have to wonder why the priorities on how that money supports individuals and workers are so different. And more importantly, why the expectations of American workers are so very, very low?

So anyway, what’s Jesus got to do with this? It’s a strange contradiction that in such a God-fearing nation as the United States, where 7 in 10 Americans define themselves as very or moderately religious (Gallup, 2012) and church participation is so high (average weekly church attendance in the US is around 40%), there is such a disconnect between what’s heard in the pulpit aka “Family Values” and what happens in society at large. Compare this to Switzerland, or the UK where 39 weeks of parental leave is offered and even Sweden where a whopping 480 days is offered to both moms and dads, and you’ll see lower rates for those that define themselves as religious; 38% in Switzerland, 30% in the UK and 19% in Sweden (Telegraph, 2015).

Which begs the question, in these predominately secular states, how is it that their philosophy on the role of society seems more aligned to the Lord’s teachings than in the Bible Belt?

On other matters that I won’t even mention here, the church has a big influence on state and federal policy – but on the issue of taxation and redistribution of wealth that would serve to help those less fortunate in society (wouldn’t that be loving my neighbor?) or legislation that would provide parental leave to promote family values, the church and politicians are silent or in some cases vehemently opposed (see this interesting piece from Slate). What’s going on here, America? You are confusing me.

Back to Netflix. Last month, I wrote this blog entitled Maternity Leave – How Long is too Long?, saying a year’s worth of maternity leave was too much for me. But I am glad my company gave me the choice, as I am sure the 2,000 employees of Netflix are now, too.

So what would Jesus say about Netflix’s Unlimited Parental Leave? I like to think he’d give the Aramaic equivalent of a high five, don’t you? 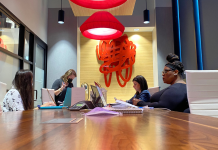 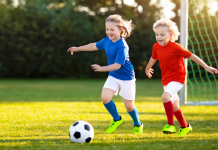