Last year was a big year of changes for me, and one of the things that changed was my participation in a multi-level marketing company (MLM). There was no big drama when I left after three years on my team. I didn’t lose a ton of money or have my marriage ruined (stories that are unfortunately all too common in ex-MLM circles). I still liked the product and a lot of the people on my team, but I could no longer in good conscience participate in the direct sales industry. 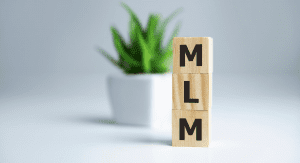 Listening to “The Dream” podcast is probably what encouraged me to initially start pulling away. It is an excellent podcast and goes over the history of MLMs, why women make up the majority of sellers, and the shady stuff below the surface that most people never see. Did you know that according to the Federal Trade Commission, less than 1% of participants in MLMs make a profit? 99% LOSE money. We all probably “know” someone who claims to be wildly successful with their MLM. And hey, maybe they are, but maybe we shouldn’t assume things are as they appear on the surface.

As I’ve spent time in some groups with former sales reps from various companies, I’ve heard many talk about the image they were encouraged to portray, such as saying they bought a new house or car because of their successful business, when really that had nothing to do with it. Many women working for MLMs don’t even realize how much money they’ve sunk into it and lost over time. I encourage everyone to listen to this podcast. It’s not a scathing takedown of the people who participate in MLMs (in fact it is pretty sympathetic to them), but a detailed look into the industry itself and its many problems.

The other reason I grew uncomfortable with MLMs is that SO many of them promote diet culture with the message that you’ll be thinner, healthier, and prettier if you just used their products. These MLMs often prey on the insecurities of new moms. They seek out new moms via popular hashtags like #postpartum on Instagram or send messages like “you haven’t shared a picture in a while, are you not feeling happy with your body?” (Yes this actually happened to someone!)

For me, the thing that made me say “nope, this is no longer for me” was something said in a training I attended. A higher up in the team was encouraging us to keep anything political or potentially “divisive” off our social media, so as not to tarnish our “personal brand.” Basically, don’t talk about that stuff or it could scare off current and potential customers. That is not me, and it goes so against my values as a mother, a social worker, a feminist, an activist, well basically as a human being. To hide all those parts of myself so that I can sell more of a product and make more money for myself (and the people above who profited off of me) was not something I was willing to do. My values are too important to me to compromise like that.

So I don’t sell stuff any more, and I look at MLMs with a more critical eye now that I’m more educated about them. I have friends who I love and care about that participate in various MLMs and in general if I’m friends with them, it means they are not annoying about it. I’ve unfriended the random acquaintances from that past who tried to slide into my DMs with a sales pitch. I won’t say I’m not bothered by some of the companies that my friends sell for, but ultimately, each of us has to make our own decision about who we work for and what we will represent. I’ve made mine, and I’ll let them make theirs. 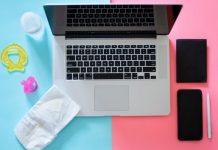 Back to Work After Baby 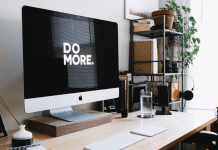 Tips for Being an Effective Work-at-Home Mom (WAHM)