My husband and I committed to moving to Kansas City more than a year before we actually moved … well, sort of. We knew that we would be relocating so that he could attend seminary, and while there were several appealing options for us to choose from, we finally chose KC more for its proximity to home than anything else. (I should go on record right now and say that when we made this decision, we had not yet experienced the full spectrum of KC barbecue which probably made our decision a lot harder than it should have been.) Prior to this, we had been nestled comfortably in Jefferson City, Missouri – population “just as small as you want it to be.” Surrounded by friends and family we had enjoyed together since before getting married in 2007, life seemed relatively easy – not without its ups and downs, of course, but when you have a solid support system in place it’s easy to become convinced that there’s no storm that a friend and a little Central Dairy ice cream can’t fix.

And then – life happened.

I think we can all agree that moving is hard. Moving with kids? Even harder. Moving with no promise of income when you arrive? Well, you get the hint.

It’s no stretch to say that my husband (Jon) and I are fairly outgoing people, so it didn’t take us long to settle into our new community here in Kansas City; Jon connected well with new and old friends alike at Midwestern Seminary and we quickly found a church that offered everything we were looking for in terms of ministry opportunities and community with other young families in the area. For the first time ever – though we had talked about it for several years – we agreed that I would be staying home with our two boys instead of exploring employment outside the home. I joined MOPS, attended play dates with friends, spoke highly about how much I was able to accomplish during their nap times on Facebook … all of the things you’re supposed to do as a stay-at-home mom – right?

It didn’t take long for me to feel like being a stay-at-home mom was the only thing I was doing – and it wasn’t enough, as far as I was concerned. Sure, I enjoyed the time with our boys – my favorite time of all! – but found this new world I was living in to be isolating and anything BUT stimulating. I found that I needed more.

So, why a City Moms Blog? I think that so many of the frustrations I was experiencing in the first several months after we moved to Kansas City were less about whether or not I had fully embraced my new role as a stay-at-home mom (which I had) and more about needing to embrace the other aspects of who I was as a woman and a mom at the same time. In the Internet age, moms are faced with millions of ideas about who they’re supposed to be, what they’re supposed to wear, what their one-year-old’s Very Hungry Caterpillar birthday party is supposed to look like (thanks, Pinterest) … at the end of the day, we can become so obsessed with creating the life that we read about online that we lose sight of who we really are. At Kansas City Moms Blog, we want to bring online mothers together offline in meaningful and lasting community; discussions that start after a blog post on the “latest and greatest” parenting techniques and end over a cup of coffee at one of KC’s great local coffee shops. We want to embrace our commonality as moms while recognizing that we are not JUST moms! And, perhaps most of all, we look forward to enjoying all that KC has to offer us – as women, and as moms.

I’m so excited about sharing this experience with you – thanks for joining us! We look forward to connecting with you and learning about why you love being a mom in Kansas City. We don’t want you to miss a single post here at Kansas City Moms Blog, so please consider subscribing to our blog via RSS or email. We have an active Facebook community and can be found on Google+, Pinterest, and Twitter, as well. 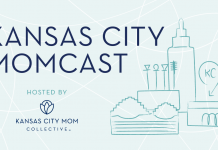 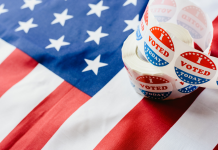 Kansas City MomCast Episode 3 | Why Should I Care About Local Politics? 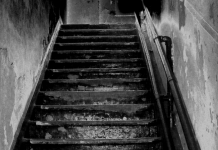