The behavior charts for my oldest child in kindergarten weren’t great. Her offenses ranged from concerning (biting a classmate the first week of school) to keepsake-worthy (see below). But far and away, her most common offense was socializing to an excessive degree. And while I did have a talk with her about being respectful to her teacher and the appropriate and inappropriate times to talk with friends, I must admit that I felt relieved. Having a talkative, extroverted kindergartener wasn’t anything I worried about. Even if at times disruptive, it was age-appropriate behavior. And at least she was proving herself safe from my greater fear: that she’d inherit my social anxiety.

I was always described as shy. I heard that word so often that I hated it. In school, it was considered problematic. We were expected to contribute and to answer questions when called upon. But to me, it was unbearably stressful and never did I feel so uncomfortable as when put on the spot in front of the entire class. I feared being put in this position. With sweaty palms and my head bowed low, I still couldn’t avoid it. My mind would go blank and I wasn’t able to process the question, let alone answer it. When it was as simple as reading a question and answering on paper, I had no problem. I was listening, I made good grades, but I wasn’t contributing.

My first grade teacher’s response was to put me on a daily smiley face chart system. The more I answered in-class questions with “I don’t know,” the more she called on me, and the more frowns I received. With the chart a failure, she became frustrated and one day locked me in a supply closet for the second half of the day until I answered her question. I was let out only after the other kids had been dismissed and she had talked with my mom. I never did answer her question. I was also too embarrassed to tell my parents that I had spent most of the day in a closet because I couldn’t bring myself to speak. 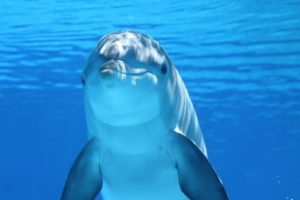 From there, my anxiety only became worse as I switched schools for third grade, where I still struggled to contribute to class discussion. My new school’s counselor tried to get me to talk to a dolphin hand puppet. More humiliating but equally as ineffective as the supply closet. Worse, my “shyness” around my classmates became a complete inability to speak to them. I badly wanted to, but some invisible force made it so overwhelming and debilitating that I couldn’t.

Young kids don’t know how to react to that. I was officially the weird kid, and attending a K-8 school, I would remain so for many more years. I had no school friends. None. I was at best ignored and at worst, bullied. School was seven hours of non-stop daily torture. It’s hard to imagine now, but back then, not one adult mentioned anxiety. Only relatively recently have I discovered that this form of severe social anxiety actually has a name and that there are others like me.

Looking back now, I feel angry for the way this problem was treated and sad for the kid I was, a kid who missed out on a major part of childhood, the lifelong friendships that never were. My experience at least gave me a very thick-skin, a new confidence once I learned to stick up for myself, and a good sense of humor that has allowed me to eventually overcome a lot of my anxiety (though I still stumble over words, struggle to speak as easily as I write, and panic when I feel overlooked).

My childhood taught me to be hyper-aware of my own kids’ feelings and behaviors and to make sure that I wasn’t relying solely on others to identify and treat any issues. I feel the importance to model positive social interaction for them, as much as I’d still prefer to stay home and not participate in any school-related groups or activities. It’s good for all of us. And it’s worth it, doing what I can to make sure they never have to experience the pain and helplessness of anxiety that I did. Or the indignity of being forced to speak to a dolphin. 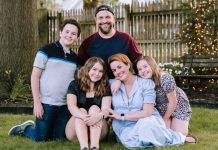 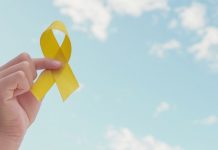