I had a conversation with a mom I didn’t know online yesterday. She had posted in a local group about how her daughter’s Kindergarten teacher had called the night before to give her a heads up about an awards ceremony the following day. This mom quickly found out that her daughter would be the only one not receiving some award in her class.  The teacher, trying to protect this little girl, suggested the mom bring her daughter late to school, skipping the presentation and potential hurt feelings. After further conversation, I found out that the award was for improving a standardized test score. In Kindergarten.

Friends, I have so much to say about this. And I had so much to say to this poor mom who was heartbroken for her daughter, who has improved throughout the year, but obviously not reflected in some computer-generated, one-time score. Honestly, what is happening in our world? Why is there even a focus on this? And beyond that, the need to make it public is beyond me. 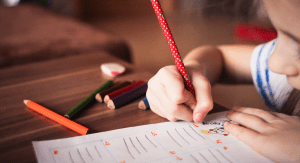 The pastor of our church had a sermon recently focused on Millennials, Gen-Z, and the growing mental health crisis. Amongst the statistics and facts shared was the idea that the pressures for kids to perform and please teachers, parents, and beyond is immense. There is such a huge focus on grades, college, resumes, and lists of activities. Meanwhile, kids are drowning in this. And here I was, talking with a parent whose child was already being thrown overboard at the age of five.

My daughter will be going to Kindergarten this fall and I am not going to lie, I am a little terrified. I do not want her to get caught up in this. I want her to find her value in who is in the mirror, not what is on her report card. I want her to be a good person and friend. If she has good grades, that’s just a bonus. I know schools do recognize character but it’s not enough to compete with the concentration on grades, tests, and numbers that mean nothing about who a child is as a person.

We have a lot of work to do as parents to counteract the messages our kids are receiving about their worth. They need to know they are loved and that they matter whether they receive the award or not. If we see things happening in our schools that are directly influencing our children’s mental health in a negative way, we need to speak up.

I followed up with this mom and she scheduled a meeting with the school’s principal — and I was so proud of her. Not only is she advocating for her daughter, but her conversation will speak for any other kid who will be left out for something so meaningless. We need to be recognizing students for who they are, not what they know. 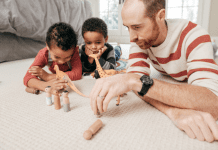 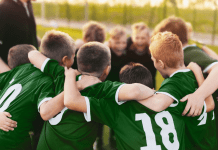 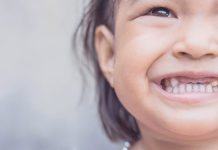 Tooth Loss Traditions Around the World