When I was pregnant with my son, people teased me endlessly that I was going to have a Fourth of July baby. My son’s due date was July 10. I laughed at their comments and secretly hoped it would not happen. I didn’t like the idea of a holiday (any holiday) baby. 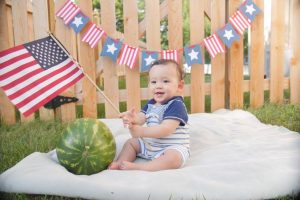 Of course what would happen at 9 a.m. on the Fourth of July that year? My water broke, which meant I was having a a holiday baby whether I wanted to or not. He was born just before 7 p.m. that evening. My first little firecracker.

When I got pregnant with my daughter, my due date was July 19. Once again, lots of people joked that she would share a birthday with my son… and the nation. Once again, I laughed it off and secretly hoped for any other day but July 4th!

You can probably guess what happened.

My water broke at 4:30 a.m. on my son’s third birthday, and my daughter was born at 5:55 a.m. She didn’t even wait for me to get into a delivery room. We barely made it out of the car and upstairs to the maternity floor at the hospital. I laid down on the bed in the triage room, and she just popped out — which is pretty indicative of her personality. If I thought my son was a firecracker, my daughter is the entire fireworks store. She’s explosive and a whole lot of fun!

I’ve come to terms with the fact that I have two Fourth of July babies. It’s really not bad… I get the day off every year, and they get fireworks for their celebration. It’s fun!

But one thing I’m still wrestling with is the irony that I, a Chinese immigrant, have two mixed race babies who were born on America’s birthday.

On the one hand, you can argue that this is the American story right? Immigrants are the foundation of this country. We all came from somewhere else. So in a way, my kids are symbolic of the “American Dream.”

But Are They Really Free?

On the other hand, and the part that continues to burn in the back of my brain, is are we really living the American dream? Europeans came to this land and stole it from the indigenous people who were already living and thriving here. In 1882, the United States banned people from my home country, China, from immigrating to the U.S. with the Chinese Exclusion Act. A ban that was in place for decades, well into the 20th century.

This is a country where people who look like me are not safe. We continue to be the targets of anti-Asian violence, racism and hate. Stop AAPI Hate reported more than 6,000 hate incidents since spring of 2020 and more than 2,000 of them were reported in the first three months of 2021 alone. Immigrants in this country continue to be “othered” every single day when we are asked questions like “what are you?” and “where are you really from?” Our culture is appropriated, our language is mocked, and our food is considered cheap takeout at best and disgusting or gross at worst.

Is this really living the American dream?

My parents came to this country in the early 80s for the sole purpose of creating a better life for me. They earned college degrees while working multiple jobs — at McDonald’s, in hotel housekeeping, a copy center — often at the same time. Because of them, I now have a great job, a home where we all have our own bedrooms with a pantry full of snacks and a freezer filled with ice cream. I am who I am and have what I have because of them. That is their legacy.

So what is my legacy? That remains to be seen. But after the year we’ve been though, I am strengthened in my resolve to fight for a country where white supremacy is dismantled and justice prevails. We need to create a place where my children can be proud to share their birthday with the nation because it’s a nation where ALL people are truly free. 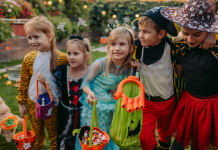 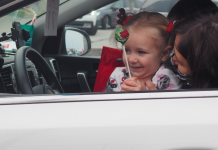 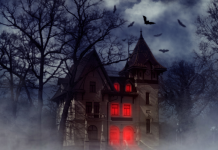