Every time is the same with this one distant relative. I get a notification that I have a new Facebook message and it happens to be from that one family member. You know the one because you have that same family member, too. It’s the family member that disagrees with you politically and continuously shares things with you that “may have you thinking differently about things.” In my case, it is almost always followed up with a fabricated story, fake tweet, or a Photoshopped image of a false occurrence. Without fail, I quickly shoot back a sited fact check, remind this person how dangerous it is to spread lies at any time, but especially within our current climate and I move on about my day.

But we don’t always have the luxury of moving on when it comes to political divides within our relationships. A distant relative that blows up our direct messages with differing political views is not the same as sharing daily contact with coworkers, family, friends, or even spouses whose views don’t match our own. With an election on the horizon during what is already such a politically charged time in our history, things are getting extremely tense.

After the Presidential election of 2016, I personally knew of many people who suffered deep fractures within their families, friends, and work environments. Fractures that for some have yet to fully heal. In the United States, it was even found that after the 2016 election that the time families spent together at Thanksgiving dinner cut down dramatically in politically polarized families, if those dinners even happened at all.

2020 is an entirely different beast. All the issues of 2016 are still here, only exacerbated to a volatile level few have ever seen before.

At a recent socially distanced gathering, we landed on this very subject. We all agreed that we had people in our lives whom we were struggling with politically, more than we ever had before. We all felt extremely passionate about our political views. Some discussed canceling people out altogether, many of those people being old acquaintances from school or former co-workers who are only still linked now because of social networks. But for many of us, we were having issues with people much closer to our hearts: parents, siblings, cousins, and close friends. People with whom we hope to find a balance, people who we hope will be in our daily lives long after November 3rd has come and gone.

So how do we do this? How do we navigate 2020 and come out of it with our relationships intact on the other end?

Search any advice or tips from experts in how to avoid political conflict in families and one of the first things that many suggest is to always try and have conversations in person rather than online or over text. As many of us know, things can get misconstrued in the written word much more easily than they do when face to face, people find a boldness on a keyboard that they wouldn’t necessarily use when speaking out loud. Something that doesn’t exactly bode well for this election year when we are physically further apart more than ever. 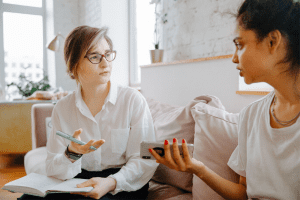 If you do find yourself in a place of deep political conversation with loved ones the American Psychological Association has helpful tips to manage such conversations, here are a few ideas:

That being said, even the most well-intended conversations can still turn ugly. As we get closer to November 3rd, these conversations are only going to get worse before they get better. And for some, fractures will happen no matter what, relationships will change.

Often times this year, I’ve thought back to a hilarious Saturday Night Live skit that ran during the 2016 elections. The skit was called “A Thanksgiving Miracle”; it depicted a politically divided family arguing over the Thanksgiving table. As conversations would heat up they were immediately halted when a young family member turns on a stereo and blasts out “Hello” by Adele. It was common ground for the family, something they all felt passionate about deep into their bones. I hope this year that we can find our common ground, I hope this year that together we can build a bridge. I hope this year we can find our Adele. 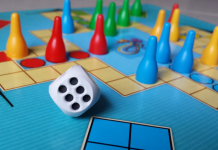 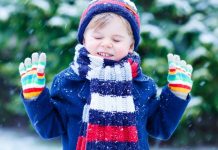 How to Dress Your Family for the Winter Cold 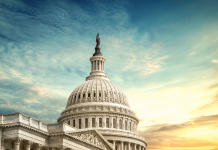 Unsafe at Home in America

Sarah - November 23, 2020 0
We love sharing our favorite local gifts each year, but this year the importance of shopping local is so much higher. Kansas City Mom...