This post is sponsored by the Kansas City Power & Light District.

Last weekend my seven year old and I had the opportunity to go to the first annual Cornucopia: KC’s Ultimate Fall Festival, presented by PNC Bank, in the Kansas City Power & Light District. I was a little nervous about going downtown since I so rarely do, especially with my kids, but it could not have gone more smoothly. Parking was easy to find and several streets had been closed off for the event and transformed with pumpkins, hay bales, corn stalks, and all the festive fall things you expect at a fall fest. The event had a very relaxed neighborhood feel, right in the middle of the city! 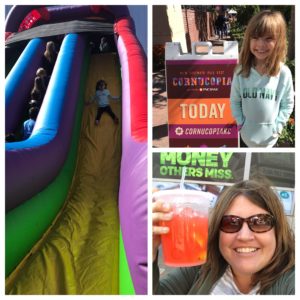 The Flavors: We started with lunch at BRGR, which was clearly a hot spot for families at the event as we saw a bunch of kids wearing Daniel Tiger ears at other tables. We stopped for cider donuts and strawberry lemonade later that afternoon when we wanted a snack. And of course we had to stop by the Cabot Creamery tent to sample the cheeses when we walked by! There were a bunch of food tents and trucks offering classic festival fare like funnel cakes and kettle corn as well as heartier foods like BBQ and brats.

The Family Friendly Activities: My daughter missed her school’s fun fair the prior weekend so she was really excited to do all the fun things that she missed out on, like bounce houses and inflatable slides, and spinning the wheel at different booths for prizes. She is now the proud owner of a Sporting KC headband and a happy face stress ball! She tried two of the carnival rides, a fast one called The Scrambler and a less intense ride that was more her speed! She also enjoyed a pony ride, pumpkin decorating, and of course, face painting! We stopped by the Daniel Tiger event to grab our complimentary tiger ears and spent some time trying out the instruments at the KC Symphony instrument zoo. 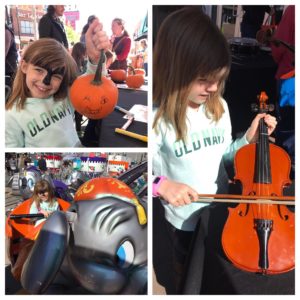 The Festivities: Adding to the great atmosphere were live music and puppet shows, yard games and axe throwing (we watched but did not participate in that!), lots of photo opportunities, and tents to shop at or do a quick craft. We decorated a pumpkin but next year we’ll plan to hit up more of the craft tents since my daughter loves doing projects.

We’ll be sure to go back next year (and hopefully bring little sister who will be so excited to meet Daniel Tiger!) Cornucopia is a great new signature event in downtown KC, and I hope you’ll mark your calendars to join us next fall! 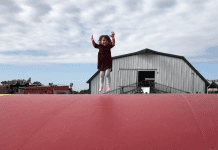 Get Your Fall On at Johnson Farms 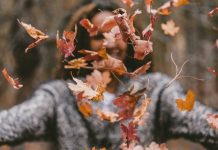 31 Ways to Celebrate Fall in KC During a Pandemic 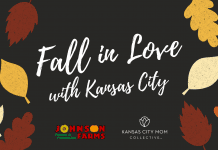