Over a glass of wine, a few weeks back, a neighborhood friend and I had a conversation about school starting and the ever-evolving chaos that accompanies children. What started as pleasant and funny chitchat, ended with a poignant realization regarding careers and motherhood. Isn’t that how it always works? When you are least expecting it, a light bulb moment appears out of nowhere, as a sign to take action. She started to describe her foray back to the world of corporate sales. She had just returned to a full-time position after a short detour with an entrepreneurial endeavor, as she got her young family of four off the ground and running.

Her story is not an uncommon one. Mothers are increasingly taking a “time out” from their aspiring careers (if their privilege allows), in order to have the flexibility required to raise children. It might mean becoming a stay-at-home parent, taking on a part-time work-from-home position, or asking for a reduced work schedule. We endure the so-called “Motherhood Penalty” knowing we may not ever be able to return to an equivalent position or salary. Taking a longer maternity leave, asking for additional flexibility or simply pausing for a few years while we tackle the baby years, means risking future earning potential and advancement. Even with the most understanding of workplaces, juggling it all is hard, to say the least.

What she said next, however, set my feminist heart ablaze, as it was refreshing to finally hear spoken aloud. She and her boss were seeking out an additional employee, and would really love for that person to be a MOM! Why? Because moms get it done. We know the true definition of hard work. Multi-tasking is second nature. We are efficient, empathetic co-workers, who thrive on routine but can quickly adapt to change. We do not care about the office ping-pong table or beer on tap. We arrive with a mission to do our job to the best of our abilities, work tirelessly while there, in order to leave on time and relish in evenings with our family. We understand complications arise, like a sick child, or the desire to see them off on their first day of school, and we can be true team players when slack will inevitably need to be picked up. 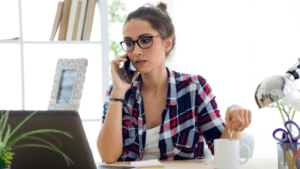 All moms reading this are probably collectively whispering, “duh,” because of course we are all of those things and more. Sadly, this opinion isn’t widely held. My friend understood what so many managers are still light ages behind in figuring out. Being a mother is not a shortcoming for a woman in the workplace. The perception that becoming a parent makes employees (women, specifically, as men are often praised and promoted for becoming fathers) unreliable is utterly wrong. I distinctly remember a boss telling me I must not be serious about my career when asking for an extended maternity leave, when she, herself, was also pregnant and wanting the same. She expected the flexibility not afforded to those working for her. THAT statement is what made me a flight risk. It wasn’t the company or the benefits, or even the flexibility once I had returned to work. I saw the writing on the wall. Parenthood was not conducive under this particular manager.

We are neither antiquated nor lazy if we choose to deviate from the corporate fast track while we tend to the complicated world of raising small children. We want rewarding careers, but need and appreciate a flexible one, and that is not too much to ask in today’s world of technology and innovation. We should not have to doubt our abilities, stall our momentum, or worry we are causing a detriment to our careers because we have helped to continue the human race. Mothers offer what so many of the sought after 25-year-olds cannot. We are accomplished, driven professionals who have acquired wisdom and diversified skills throughout both our personal and professional endeavors.

Our jobs as mothers are more important than making a CEO richer, and yet, it is treated as if we must trade one for the other. It is time to take a long, hard look at the work culture we are cultivating. My neighborhood friend and her company are catalysts for change. We, as mothers, fellow colleagues and bosses, can also be facilitators of positive change. Let’s start having the conversation openly and honestly. Take a chance on the mom who has chosen a different path. Ask her about her ambitions and needs for a career, and I’ll bet you they won’t be much different than your own. Moms are assets worthy of being wooed.

Mothers are fantastic at uniting to make our communities and world a better place. Here is just one more way to prove we can do anything and should rule the world!