I am not good at cooking. Or baking, for that matter. I give an honest effort but my common sense just does not kick into full gear when I walk into the kitchen. For example, I nearly burned the house down recently as I was trying to bake bacon in the oven. I have also been known to put ¼ cup of pepper in a spinach artichoke dip instead ¼ of a tablespoon. I frankly feel sorry for my family and friends because they often end up on the wrong end of my recipes.

Cooking dinner just seems like such a tedious chore, day in and day out, after my husband and I have both worked full-time jobs and then settle in for the few hours we actually get together as a family every night. I don’t want to always spend those few hours cooking a meal that likely will not turn out great. I want to love cooking. I really do. But I have finally realized that it is simply not one of my strengths and I’m going to attempt to stop feeling bad about it.

I should explain that my mom is a great-ish cook. She can make a chicken tetrazzini that rivals that of a five star restaurant. But sweet potatoes at Thanksgiving? Well, that’s where I learned what to do when your oven starts smoking and you darn near burn the house down. (Pro Tip: open a garage door and a second door to air out the house faster and hopefully prevent the smoke alarm from going off.) Both my Grandmother and my Grandma Ann were not too keen on the kitchen, either. But if I am anything like any of these women, I am crushing it in life. Their strengths stretched way outside of a kitchen, and I feel I am following in their footsteps when it comes to that.

I have my fair share of friends who are rock stars in the kitchen. They have cute chalkboard menu boards displaying what magnificent meals they have planned for the week. Those darn menu boards used to make me feel inferior, especially when my lovely husband commented on how nice that would be to have meals planned for the entire week. As I jokingly but seriously remind him, my lack of kitchen skills is nothing new, so he knew what he was getting when we got hitched! If he wanted Betty Crocker, he asked the wrong gal. And those rock star chef friends of mine? They constantly serve up extras and leftovers, so we always get to sample their diva dishes … and let’s be honest, that usually makes up for at least one meal a week that I don’t have to make! 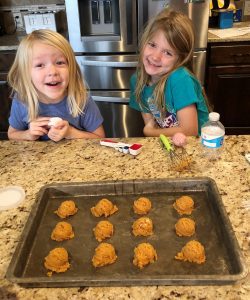 I have slowly come to realize that where I am lacking in the kitchen, I make up for in other areas. At least I hope I do. I might not want to spend two hours a night making an elaborate meal, but you know what I will spend two hours a night doing? Playing a game with my daughters, going for a walk, taking a family bike ride, or simply spending time playing the backyard. All of those things are more important to me than being a mom who is an amazing cook. Because, quite honestly, that ain’t happening anytime soon.

So you are probably wondering what we eat. Realistically, I’m good for one to two home cooked meals a week on average. We fill in with leftovers, frozen pizzas, peanut butter and jelly sandwiches and sometimes cereal for dinner. Yes, I round it out with fruits and vegetables (even though carrots are about the only veggie they will actually ingest) and make sure they are getting protein as well. And get ready to be horrified. We always get McDonald’s Happy Meals on Wednesday nights because they are buy one get one free on the app. After you get over your shock of someone admitting weekly fast food trips, go ahead and take that Pro Mom Tip and download the app to start getting your free meals. Don’t worry. I won’t tell.

So is it ideal? Absolutely not. But I am choosing to embrace my strengths and not focus on as many of my weaknesses as I move forward into a new year. Happy non-cooking to all! 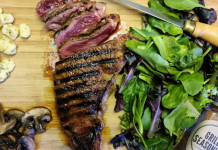 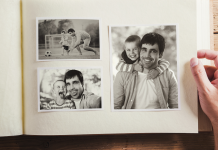 My Mission to Bring Back Photo Albums 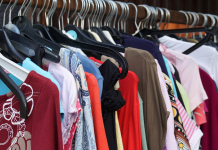