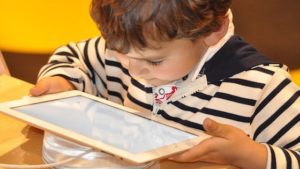 Cyber-safety has to start the moment you decide to give your child access to any sort of electronic device.  And therein lies the problem. Without giving you a psych lesson on Piaget’s 4 Stages of Development, trying to teach our kids cyber-safety is hard because they think very concretely. Very black and white.  Hypotheticals are hard for them. So when we tell them to look both ways before crossing the street, they understand that. They can see the street. They can see cars coming toward them. The danger is visible. However, when we tell them to keep their private information private, they have no frame of reference. And anyone who’s ever spent 2.5 seconds with a tween or teenager knows that they are certain they are invincible. They truly believe nothing bad will ever happen to them. Until it does… then it’s too late.

Aside from keeping our kids away from electronics altogether, which really isn’t even a viable option if you plan for them to live and succeed in tomorrow’s society, there are some things we can do to keep our kids safe. There are hundreds…thousands even…of websites that offer you sage advice on keeping kids safe online, including this one. The only problem is that often the resources are geared toward kids, not parents. It’s not enough to TELL our kids what to do. We have to guide them, monitor them, and lead by example. Now, this is when I’m going to get on my soap-box a little bit. Here are five tips for keeping our kids safe online:

Confession:  I used YouTube Kids as a babysitter when I needed a few minutes of peace.  I didn’t think anything about it.  It was, after all, called YouTube KIDS.  Until one day I overheard a conversation that my sweet 5 year olds had no business having.  I immediately asked where they had heard such conversation.  They showed me a YouTube Kids video they were reenacting.  YouTube Kids was deleted from the iPad and is no longer allowed in our home.

True Story: A good friend discovered inappropriate text messages on her 11 year old’s phone. He’s a good kid. A really good kid. When she asked him about it, he didn’t know why it was inappropriate. By having his passwords, she was able to see what was sent, and have a conversation with him.

There is nothing easy about being a parent. The world is big, and sometimes scary, and filled with crazy people. The world wide web makes it difficult to keep our kids safe, even in our own homes but, keeping our kids safe is our most important job. Teaching our kids to be responsible consumers of technology and good digital citizens is hard, and it takes time and commitment and work. But, it’s not impossible. It’s hard doing things that we know aren’t going to make us popular with our kids. Parenting isn’t about doing what’s easy, it’s about doing what’s right. 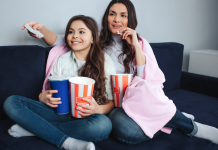 Watching The Bachelor with My Daughter 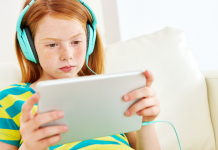 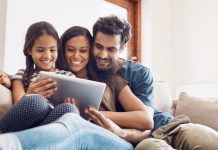