I’ve been involved in coaching youth sports for more than 10 years now and although I feel incredibly thankful for most of the experiences I’ve had as a volunteer coach, I’ve noticed that we have a problem on our hands, and it’s one you may not even realize. The problem in youth sports is parents. I’ve heard too many stories from youth coaches about experiences they’ve had while coaching youth sports and it’s shocking to me that this is still happening. We’re going to lose great people from coaching our kids if we don’t cool it. I get it, you love your kids and you know what’s best for them, but I’m going to offer up some guidelines and I hope that it will help you realize that what’s best for your kids in sports is for you to let the coaches do their job.

Chill out with the “advice”

At most levels of coaching, the coach is probably doing it for a couple of reasons. Either they have a passion for the sport because they played it or spent their life watching it, or they’ve got a passion for working with kids. Coaching takes up an absurd amount of time and is mentally draining. It’s working with a slew of different personality types and moods daily. It’s trying to get kids to listen, understand and execute a skill. I think herding cats might actually be easier. It’s acting as a second parent to many kids and listening to so many stories. Most coaches go into the season with a plan to take your kid from point A to point B. And while parents can be great partners in that plan, they can also be the biggest deterrent. The quickest way to become the annoying kid on the team is to say “well, my dad said I should do it this way.”

Shut up in the stands

I know that maybe you just can’t help it (I’m looking at you, mom), but find a way to help it and shut your mouth. Chew gum, whisper to your spouse, heck, add a little somethin’ to your Yeti if you have to, but for goodness sake, don’t coach your kids from the stands. No one benefits from you shouting at your kid to “shoot it,” “run faster,” or, my personal favorite, “offsides”–does anyone even really know what offside is? Ask any coach; they do it because they love the game and love kids. Period. Do you know what they don’t love? Parents coaching from the stands. It’s confusing to the kids, counterproductive to what the coaches are teaching, and quite frankly, kind of rude. I’m not saying don’t shoot around or play catch with your kid. I’m saying don’t undermine what the coach is trying to teach.  And while we’re on the topic, let’s zip it to the refs, too. There’s no need to yell at the 16-year-old kid, who may or may not be doing his best. Does it matter? I’ve been around youth sports for a while now, and I’ll go ahead and answer here … it doesn’t matter. You know what matters? That you teach your budding athletes how to handle adversity (even when the refs are terrible because they are sometimes) and that being disrespectful doesn’t solve anything.

You aren’t raising the next Michael Jordan or Alex Morgan

I’m going to be honest here, as my husband and I have coached a lot of kids through the years: we’ve seen many parents who overestimate their kids’ current ability and attitude towards the sport. If they aren’t motivated to be there, your kid is probably a real pain in the butt. Mine can be a real pain in the butt too, and I often wonder if it’s a good idea to coach your own child. This doesn’t mean I don’t love them all like they’re my own, but sometimes I wonder if they all want to be there, and it’s not because there’s any question — it’s because they’ve said it! Some like to give hugs or do cartwheels down the field, while others can’t sit still and listen for more than three seconds. Still, we try to mold them into contributing members of the team. 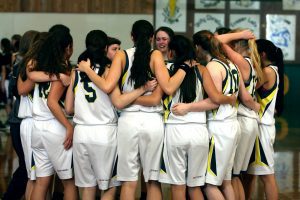 What can you do to help?

There are a few ways that you can help youth coaches that don’t involve coaching from the stands. Teach your kids to be respectful and to listen when someone is talking; like, actually look at the person and listen. Staring into space or zoning out is not listening. Have them thank their coaches. After every practice and game have your kids thank their coaches for their time. I can tell you that as a volunteer coach it feels nice to be appreciated. Help us teach them that hustle is important and that winning is far less important than how they handle a tough loss. Fighting through adversity and still playing hard will transfer to many things in life that reach far beyond any court or field. Teach them how to be a good teammate by raising up others and leading by example. The best person I can currently direct you to is Jerry Harris from the Netflix series Cheer. He was not the best person on the mat, but he became famous because he supported every single person on the mat even when he wasn’t. Since we’re not likely raising the next Tiger Woods, let’s teach our kids to be like Jerry, the relentless cheerleader who builds up everyone around him.

I read an alarming statistic the other day published by the Women’s Sports Foundation that girls are 1.5 times more likely to drop out of youth sports than their male counterparts by the age of 14. It saddened me, but it didn’t surprise me. There are a myriad of reasons for this statistic, but let’s not forget that youth sports aren’t about us. Let’s not relive our glory days (or lack thereof) through our children’s successes. I urge you to celebrate your child’s accomplishments but consider what you’re modeling on the sidelines and at home is not undoing everything your child is learning. Some of the best memories of my life and my greatest life lessons were earned on the basketball court and it saddens me that so many young girls (and boys) may not get the chance because of the pressures put on them by their parents. 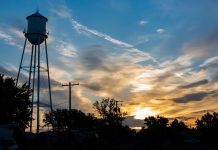 In Praise of Small Towns 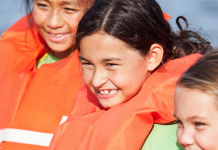 The Summer Camp That Changed My (Daughter’s) Life 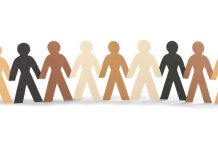 What the Last Year Taught Me About Racism

Sarah - March 5, 2021 0
You don't have to jump on a plane or even hit the road to experience a great vacation. Kansas City has all you need...

No Parade, No Problem! Celebrate #15 with HappyBottoms, 15 millionth diaper distribution