I have so many dreams for you, my sweet girl. One big dream? I don’t want you to tiptoe through life. I want you to ROAR. 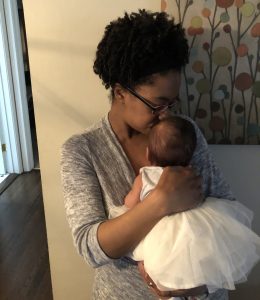 Because you are going to face challenges as a little girl of color. I wish that wasn’t true, but you will, just like I did, just like my mother did.

You may not always be treated the same at school. People may not see you as equal. You may have to fight to be seen and heard for the brilliant person you are.

But that’s when you need to roar. I want you to show the world just how amazing you are.

I wrote that for Hallmark back in 2018, when my sweet baby girl was still a baby girl. In a way, it’s funny that I said I wanted her to roar, because that’s a lot of what she does. At 4, she’s still not super verbal. But she is still super amazing.

It’s World Autism Month, and I just want to call out how awesome my daughter is. How strong. How magical.

Autism is “a developmental disability caused by differences in the brain,” according to the CDC. 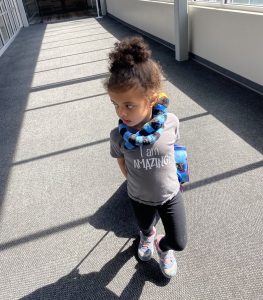 I think people get an idea of what it means to be “autistic” in their heads, and start to dehumanize people on the spectrum a little bit.

Kids on the spectrum might be wired differently and behave and communicate differently than neurotypical kids, but they’re still kids. The spectrum is vast. There are kiddos like my daughter,  technically nonverbal, and others who won’t stop talking. But even though my baby girl might not have a ton of words, yet, she’s got a big personality.

She likes playing with her brother’s Legos, but she’s a girly girl at heart — even more than me. 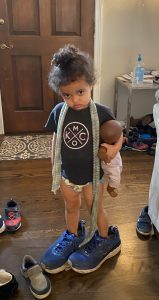 She loves dressing up, toy jewelry and insisted on making a snake she got at the Omaha zoo into a necklace.

She also loves to take off running, so we started i9 soccer to give her an outlet that doesn’t scare me to death.

And she love, love, loves her older brother, she wants to be everywhere he is, even when they’re fighting the way siblings do.

Turns out, I do worry about them both.

Before we got her diagnosis last year, I worried up and down, asked all the questions I could think of and more, Googled, read books, and researched a ton of therapies.

Other fantastic moms got me through. They were my resources.

One of my friends (can’t remember which one) told me about the KC Autism Spot Facebook group, which has lots of seasoned moms who give good advice.

My friend Malecia shared her experiences with me, lifted my spirits, gave me book and podcast reccos, and introduced me to the Black Autism Moms Facebook group.

My friend Molly has encouraged me throughout, always tells me I’m a great mom, and we trade stories about things that have worked for us (even though no two kids on the spectrum are alike).

My friend Claire told me what to expect at the Children’s Mercy appointment, and before we went in to get the diagnosis. She told me to remember that the daughter I put to bed that night would be the same sweet little girl the next day — no matter what. 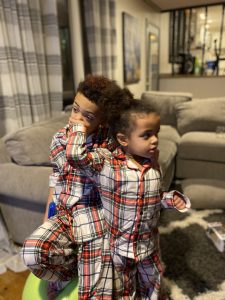 Brie Hilton told me “autistic identity is valuable and wonderful.”  She said as moms, we have the tendency to want to “fix” things, but that’s a trap. And she told me to always remember that my daughter is perfect. Just the way she is.

I worried so much about her future, especially since I’m an older mom. Would she be OK when I die? I am putting some things in place. We got her a service coordinator through the Kansas City Regional Office, and I’m setting up an ABLE account for her.

But now I look at her, see how she holds her own when her brother picks on her, how she finds a way to get what she wants, whether it’s the remote, her iPad, or my pop … and I realize, one way or another, she’s gonna be just fine.

I want you to be even stronger than me. I was a shy, quiet kid growing up and shy doesn’t get you very far. It took me until I was in my 30s to learn that you don’t get ahead on talent and smarts alone. You have to use your voice and be your own advocate.

I want you to know that now.

This still stands. She is so headstrong, I know she’ll be her own advocate.

… Stand up for yourself, and for what you want. If someone tries to snatch a toy from you, I want you to say, “I was playing with that. Give it back!”

We are not quite there yet, but she doesn’t let go when someone tries to take something from her. And she’s got, “Mine!” down. 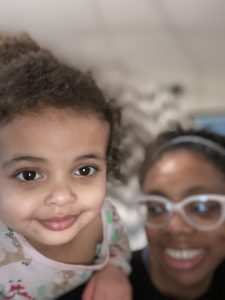 This girl. She is Black girl magic personified. Back then I wrote:

…more than anything, your mama wants you to know that you’re just as smart, talented, gifted as everybody else, no matter what anybody says, and I want you to fight like hell to prove it to any doubters.

You’ve got a great start. You’re so determined at just seven months, and it’s one of my favorite things about you.

You see what you want — whether it’s a toy, a bite of food or something you’re not supposed to have like my cellphone — and you find a way to grab it or squawk until you get it. Then you laugh so hard. All I can do is shake my head and smile.

And you seem to be ready to roar right now. You babble up a storm, always saying “Dada,” which your father loves, but I’m ready to hear “Mama” any time now.

All of this still. She says both “Mama” and “Mommy” now, but mostly when she wants something. She’s so stinking smart.

You just astound me every day. Keep that up. Be strong. Be bold. Be brave. And never, ever forget just how magical you are.

Always, always and in all ways. Now and forever. 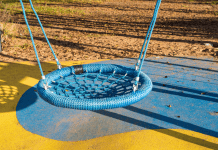 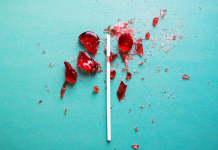 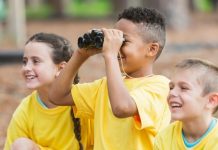 Setting Your Exceptional Kids Up for Summer Camp Success