“How does Santa fit down the chimney?”

“How does Santa have time to go all over the world in one night?”

So. Many. Questions. A couple of years ago, I had a first grader who was keenly observant and started to suspect this whole “Christmas Magic” thing was a bit of a ruse. He asked a lot of questions about the multiple mall Santas. He wondered how Santa could remember what every kid wanted for Christmas. He called me out when I couldn’t remember which of last year’s gifts were from me and Daddy and which were from Santa.

It seemed inevitable that some kid at his school with an older sibling was moments away from ruining the whole Santa thing for him. This wouldn’t really have been a problem, except that we also had a preschooler, and we wanted to give her at least a couple more years of Santa magic. So what to do? We didn’t like the idea of perpetuating the myth to a kid who was figuring it out. It felt like lying at that point (I know, splitting hairs, but still).

We turned to something I saw on Pinterest, obviously. You may have seen it, too. A letter to a Santa-questioning child, whose mother eloquently described the answer to the question “Are you Santa?” I won’t quote the whole thing (originally published in The New York Times), but here’s the gist: Mom is not Santa, though she is the one who puts presents under the tree. Neither is Santa a single person. Santa is love and magic, and Santa teaches us to believe in things we can’t see or touch. Everyone who spreads Christmas joy becomes like Santa and carries on the love.

My husband and I decided that we would take our oldest on a very special, very grown-up outing. We’d tell him how mature and responsible he was, and how we thought he was ready to learn something very important. And then we’d tell him that Santa wasn’t real.

It was all planned. We’d go in early January. Our youngest would go over to Nana’s while Daddy and I took our doubter to his favorite grown-up establishment: McDonald’s. He got hot chocolate and pancakes, and then we started in on the conversation. We told him that we thought he was ready to become a Santa. We explained that Santa was not actually a real person, that no jolly bearded man lived at the North Pole with his flying reindeer. We explained that everyone can become a Santa, if they are ready to be kind, and good, and spread Christmas joy.

He took all this news in. He asked some questions. Is the North Pole really a place? Do reindeer fly at all? Who else is Santa? We answered as best we could. We asked if he thought he was ready to be a Santa and help us spread the Christmas spirit. After clarifying that this did not mean he would no longer receive any gifts, he was on board.

We told him that we didn’t think his little sister was grown-up enough to be a Santa, so he had to keep it a secret from her. We also said that we didn’t know which of his classmates were Santas, so he better not talk about it at school either. It all seemed like it had gone really well. We finished our breakfast and headed out.

Almost the instant we got in the car, though, he offhandedly mentioned how he was glad Santa had brought him that blah blah blah. My husband and I exchanged glances. Did he not get any of what we had just talked about? So we said it again. You know, Santa isn’t real, and it was your parents that gave you that blah blah blah. Oh yeah, he said, as if he was just remembering.

Well. Months went by, and before we knew it, the kids were thinking about the next Christmas. And it was as if the whole conversation had never happened. He was all about Santa and elves and flying reindeer. He had clearly blocked the whole thing out, or it had sailed so completely over his head that he never understood what we were talking about. We’ll never know. My husband and I decided to just forget the whole thing and let the kids believe as long as they wanted, or until some kid at school burst their Christmas bubble. Now we’re approaching two years since our attempt at Christmas Truth, and he still strongly believes.

Will this be the year our kids stop believing in Santa? Who knows? But I know I won’t be sorry when they understand that there are no elves who can just magically manufacture any toy they can dream up. 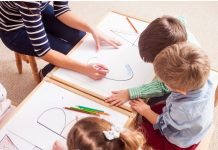 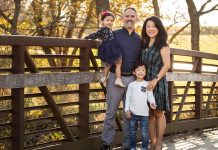 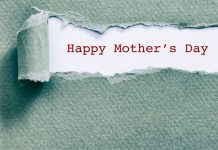 To All My Fellow Mothers: I’m Sorry 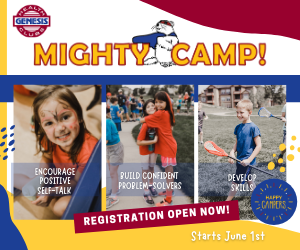