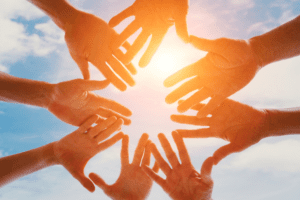 For me, parenting has been a long series of surprises.

I had no idea that I could function for months on almost no sleep, that every single thing my kids did would be the greatest feat ever, or that every activity they participated in would include a volunteer position for my husband and me.

Over the years, I have coordinated more class parties than I can count, coached cheerleading and softball, been a Girl Scout leader, fed tennis, cross country, and robotics teams, chaperoned mission trips, and I can rhinestone a dance costume like a pro! This wasn’t a solo venture. My husband, Doug, taught Sunday school every week for years, coached baseball, served as a soccer line judge, kept football team stats, held boards while tiny martial artists tried to break them, and helped built fantastic drill team props and sets.

There were years when it felt like we were constantly moving from one activity to another and the back of our van looked like a supply closet. Many times, Doug would be at the high school working on drill team props long after our dancer was home for the night, or I would serve a lackluster sandwich to my family for dinner because I was knee-deep in pasta for the 75 kids who were coming the next night for team dinner.

Now, here comes the biggest surprise . . . I wouldn’t give up a single second of it. The time we spent was one way we showed our love to our kids. Of the five love languages, we have one kid whose love language is “acts of service” and one whose is “quality time.” Our presence and participation spoke volumes to them. By giving our time, we gave our validation. Not only was this activity worth their time, it was worth our time.

Recently, as our family was having lunch, we were talking about parents’ volunteering. Our son, Ryan, who was 20 at the time, said, “I loved having dad volunteer in my Sunday school class. All the kids wanted to talk to him and tell him about their week. They wanted dad to pay attention to them. And in the end, he was coming home with me.” At the end of his comment, we sat slack-jawed because we had no idea Ryan enjoyed having his dad there each week. In fact, he could have gotten away with a lot more shenanigans with someone else’s parent at the helm.

As Doug and I recovered from our shock, the kids went on to say that because we volunteered, we were woven into the stories and memories from those activities. At end of year banquets, when hilarious tales of chaos and disaster were told, they loved that their parents were part of the story.
As parents, the advantages were beyond compare. We got to see our kids in action. We got to see the struggles before the success. We witnessed the pain and tears that came before the cheers.

Years ago, we sat holding our breath as the only thing standing between our nine-year-old daughter and a black belt in Tae Kwon Do was breaking a board with a “flying side kick.” After three failed attempts, as she walked back across the room to take another try, Doug stepped up and took the board from her dojo master. As he knelt down and held the board up, people began to cheer. That tiny person flew across the gym, flying through the air and the board shattered! Had he not volunteered before, he would have had no idea what to do.

Every evening for six weeks, I watched Ryan lead a team of kids as they literally created a robot from a pile of parts. A robot that could do what they wanted it to do on command. When Ike the Robot put his first pool noodle in the recycle bin, I cried. It wasn’t the accomplishment of the robot that opened the teary flood gates, but the immense pride in the leadership of a young man who brought a team together to achieve their goal. And it was even more beautiful because I had been there, serving dinner and sewing vinyl covers while these kids struggled and systems failed.

For over 20 years, we have spent at least a few hours each week volunteering in some capacity with our kids’ activities. Our house was never spotless and we had to make some choices with our time, but we would do it all again if we had the chance!

So, the next time you see that sign-up sheet or someone invites you to help in your kid’s activity, go for it. Your children will never forget your expression of love in the commitment of time and energy to the activities that helped shape their lives. 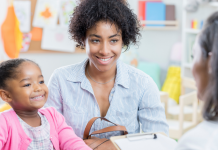 Picasso Problems: What to Do with Your Child’s Artwork 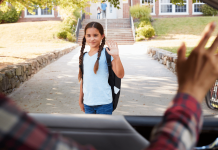 When the Newness of the School Year Has Worn Off