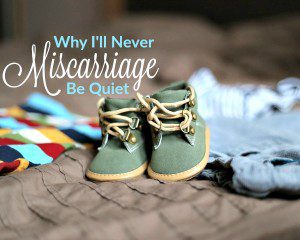 The first time I found out I was pregnant was September 10, 2011.  I was on a business trip to Toronto for work and I bought a charming digital French pregnancy test that pronounced me both pregnant and “enceinte.”  My husband and I were simultaneously excited and terrified. We told our parents and our siblings but nobody else.

I worried. I felt pretty much fine, a little more tired than usual. Weeks passed until finally I was 10 weeks and change, and the midwives I saw said they’d be able to hear the heartbeat on the Doppler.

They tried. They couldn’t. They sent me downstairs for an ultrasound with a cold, unsympathetic technician who refused to tell me anything that was going on.  I became increasingly more panicked because hello, there was no kicking, squirming, heart-beating little jellybean on the screen. Everything was still.

I went back upstairs and they told me the baby was gone. Or, more accurately — that there never really was a baby. I had what was called a blighted ovum — my body basically grew an empty sac.

I grieved. I took the week off work and waited for the inevitable to happen. On Halloween night, it did. And it was horrific. I landed in the ER, admitted to the hospital and had to have a D&C. Needless to say, it was pretty terrible.

I am years removed from that experience now. I have two wonderful children. It still stings. And when I try to put my finger on the why, it’s because I was not allowed to grieve.

Look, when a family member or a friend dies — the community rallies around you. People bring you casseroles, and flowers, and treat you gently for awhile. Expectations are lowered. You are loved on and comforted.

But when you have a miscarriage, in hushed tones, people remark, “well, good thing nobody knew about it, so you don’t have to un-tell people!” and expect you to jump back into life, pretending everything is fine. I went back to work shortly after that traumatic experience and told concerned co-workers I’d had to have “a procedure.” Most people had no idea what I was going through. And that right there was what made having a miscarriage so hard.

So here I am, shouting from the rooftops: I had a miscarriage. It wasn’t my fault, and it’s not your fault, either. There’s nothing to be ashamed of, and you deserve peace and to be treated kindly.

Break the silence. You are not alone. 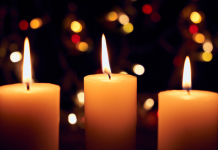 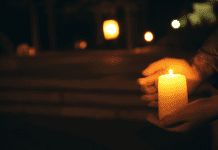 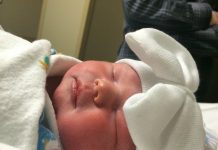